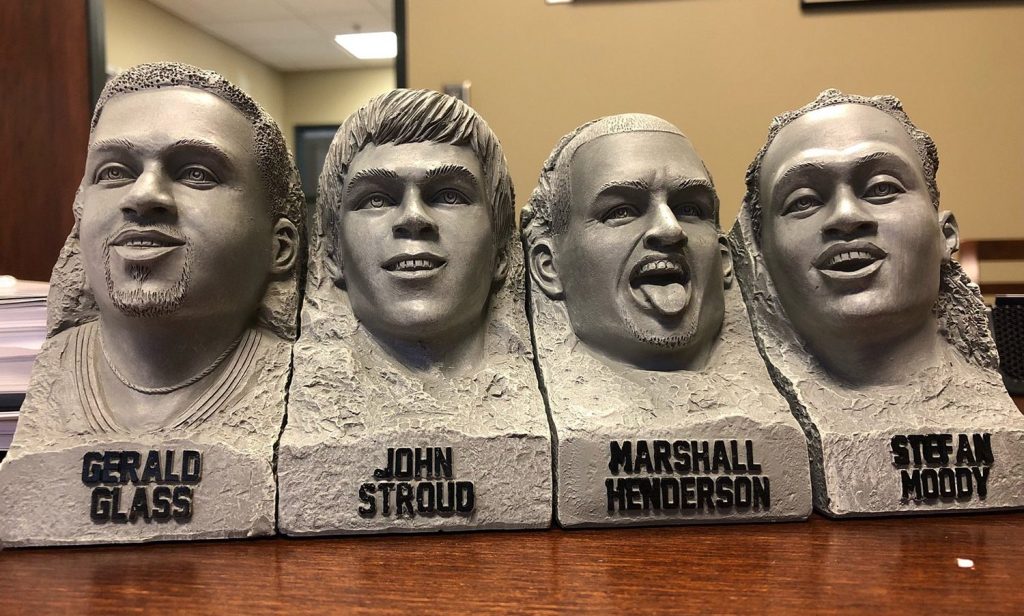 Ole Miss basketball will be giving away its Mount Rushmore collectable statues throughout the season starting Dec. 13.

Ole Miss basketball fans on Tuesday got a sneak peek at the Mount Rushmore collectable statues featuring some of the top players in program history that will be given away throughout the season.

The collectables are of former standouts Gerald Glass, John Stroud, Marshall Henderson and Stefan Moody. Henderson’s collectable stands out from the rest with his tongue sticking out, something the Rebels’ career leader in made 3-pointers often did to celebrate a basket during his time with the Rebels from 2012-14.

They have arrived! Collect the first Ole Miss Mt. Rushmore of Hoops for @OleMissMBB on Dec. 13 and be sure to check out https://t.co/OpV7WK4wNo for all game giveaways.#DoNotMiss pic.twitter.com/XSNnn9nAj3

Ole Miss coach Matt Luke to ‘evaluate everything in…