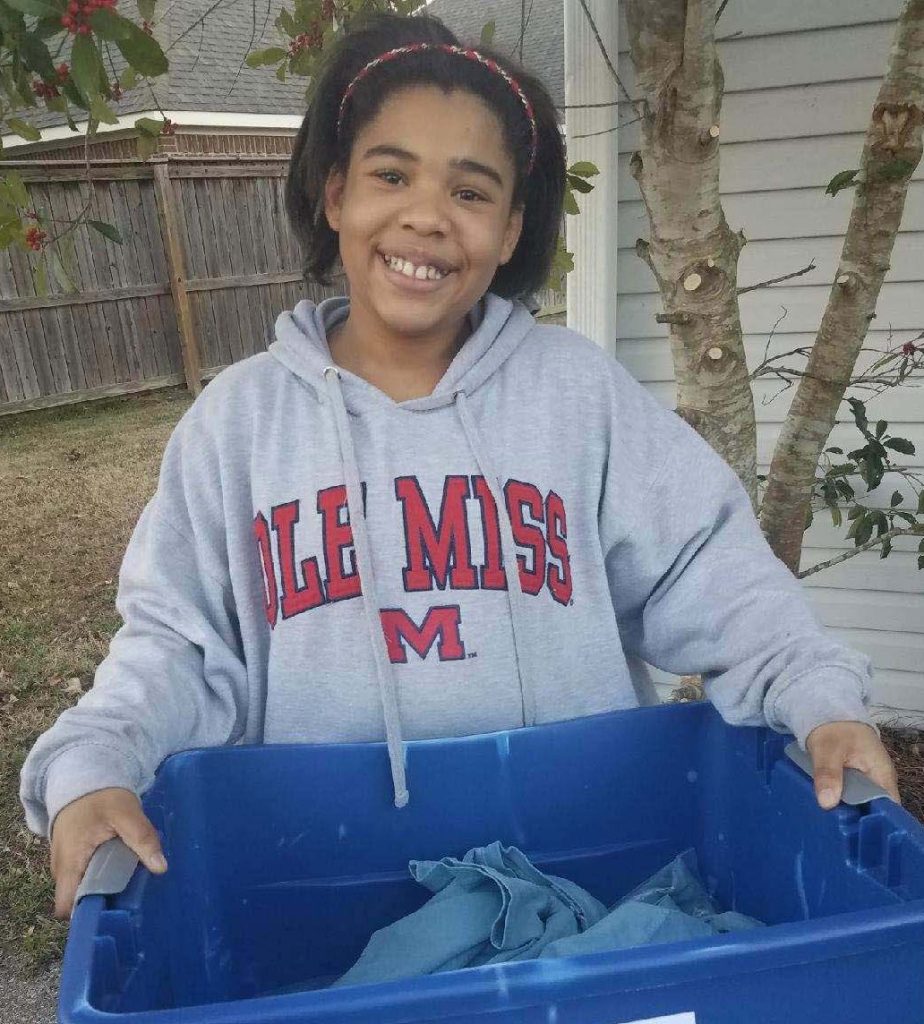 Lafayette Middle School student Kennedi Harris noticed something recently as the Christmas season approached and she and her friends started to get excited about what Santa might bring for them this year.

“A lot of senior citizens and veterans don’t get gifts and more children get gifts so I thought it was a good idea to say thanks to them and the veterans who went to war for us,” said Kennedi, who is in the sixth grade.

With help from her mother, Engrid Vaughn, the formed a nonprofit group called Seniors Christmas and are busy collecting items to be put into gift bags that Kennedi and her friends will deliver to senior citizens at a local nursing home and to veterans at the Mississippi State Veterans Home a few days before Christmas.

“We have registered with the Secretary of State’s Office as a charity and we are working getting our official 501c3 status so that we can do this every year,” Vaughn said.

Vaughn said as the charity grows, she hopes to eventually expand to help seniors and veterans living at home with minor repairs.

Kennedi and her mom have been putting up fliers and visiting local businesses asking for donations, as well as asking family and friends to help.

“I asked my principal and some teachers too,” Kennedi said.

Seniors Christmas is looking for diabetic socks, shampoo, lotion, throw blankets, aftershave – anything that a man or woman living in a nursing home could use and appreciate.

Vaughn said they will be accepting donations until Dec. 16. Then Kennedi and her friends will get busy putting the gift bags together and delivering them to Oxford Health and Rehab and the veterans home on Dec. 20.

There currently is no main drop off or collection area, but Vaughn said she is willing to drive to pick up any donations. She can be reached via email at seniorschristmas2017@gmail.com or call 662-832-8402.