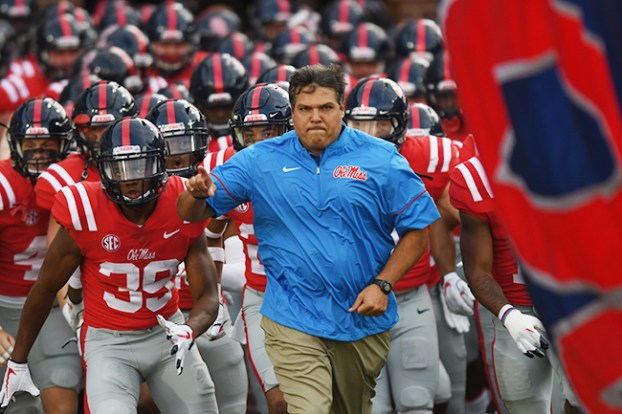 The verdict is in for Ole Miss.

The NCAA’s Committee on Infractions issued its long-awaited ruling in the school’s infractions case Friday and dropped the proverbial hammer on an Ole Miss program that faced 21 alleged rules violations with 15 of them being Level I charges, the worst offenses that can be committed in the eyes of college sports’ governing body.

Let’s not get crazy: It’s not the death penalty. Not even close. Ole Miss can eventually recover from the NCAA’s body blows, but they left the Rebels bruised and bleeding.

More scholarships reductions that run the number to 13 through the 2018-19 academic year (one overall reduction for 2015-16, two for 2016-17, six for 2017-18 and four for the final year). And a dreaded multi-year bowl ban, the one thing Ole Miss wanted to avoid the most when the school made its argument at its COI hearing back in September.

The mains charges of contention were one against former coach Hugh Freeze of failing to monitor his staff, the dreaded lack of institutional control and free merchandise and thousands of dollars worth of cash payments allegedly given to recruits and facilitated by former members of Freeze’s staff.

Ole Miss admitted throughout the process some former staffers, particularly off-field staffer Barney Farrar, who was fired for his role in the probe, had illegal contact with recruits and provided impermissible benefits, but the school argued there wasn’t any proof that recruits and their family members received that merchandise from Rebel Rags or that Leo Lewis received those payments.

Specifically with Lewis, Ole Miss tried to poke holes in the Mississippi State linebacker’s credibility by emphasizing the fact his details of his story varied from one interview to the next, but the NCAA’s enforcement staff made it clear in its final case summary that they believed its star witness was credible. Based on Friday’s ruling, the COI agreed.

So the lack of institutional control charge stuck. Freeze received a one-year penalty if you even want to call it that considering it only means a two-game conference suspension next season if someone else actually hires him as their head coach. Farrar and Chris Kiffin received show-cause penalties. And now the program’s left to deal with the crippling consequences.

A multi-year bowl ban means there could be a mass exodus of players. How many actually leave remains to be seen, but any rising senior that wants to transfer will be granted a waiver to be immediately eligible at their next school. Southern Cal’s players were allowed to bolt without penalty when the Trojans were hit with a two-year bowl ban as a result of the Reggie Bush case. Same thing with Penn State, which was hit with a four-year postseason ban following the Jerry Sandusky scandal in 2012 (the NCAA later shortened the length of that ban, but players were allowed to transfer with no restrictions for a year).

And there could be underclassmen that leave, too, though they’ll have to abide by the usual NCAA transfer rule of sitting out next season before playing for their next school. But heading into another offseason where bowl and championships aspirations are already dead, it’s not hard to envision some of them wanting to start fresh somewhere else.

Tack on the scholarship reductions, and newly-minted coach Matt Luke is looking at taking over a depleted roster that can only be replenished with time while still having to recruit against Alabama, Auburn, LSU and the rest of the nation’s premier conference. Ole Miss has 11 players committed for its 2018 recruiting class, but that recruiting trail just got a whole lot bumpier with Friday’s news.

Yet it’s still not over.

Ole Miss is going to appeal the COI’s decision. It’s a process that will require more patience from administrators, coaches, players and fans — three to six months is usually how long it takes the infractions appeal committee to rule, athletic director Ross Bjork said — that have waited nearly half a decade for this saga to end.

At this point, Ole Miss doesn’t have any choice. Because if Friday’s ruling sticks, the Rebels are staring at a reboot that will have them waiting much longer to become relevant again.
Davis Potter is the Ole Miss beat writer for the EAGLE. Contact him at davis.potter@oxfordeagle.com. Follow him on Twitter at @DavisEPotter.

5 takeaways: What you need to know about Ole Miss’ NCAA ruling

The NCAA came down hard on Ole Miss’ football program Friday when the Committee on Infractions issued its final ruling... read more