Ole Miss get another quality chance against Virginia Tech 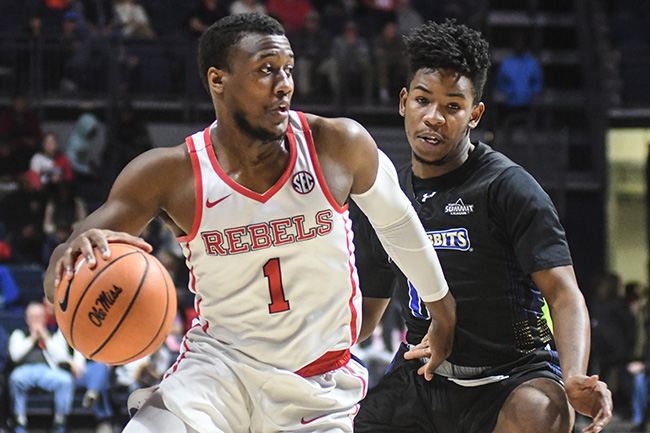 If Ole Miss is going to put together a viable resume for the NCAA Tournament, it has to start now.

The Rebels are in the midst of the toughest stretch of their non-conference schedule, which also comes with the opportunity to notch some quality wins. Ole Miss (4-2) missed out against Summit League favorite South Dakota State in a 99-97 overtime loss Tuesday but continue their stretch against NCAA Tournament teams from a season ago with Virginia Tech at The Pavilion on Saturday (1 p.m., SEC Network alternate channel).

A trip to Middle Tennessee State the following Saturday awaits after that. Virginia Tech is No. 37 in KenPom while MTSU comes in at No. 86, giving the Rebels more chances to notch their first top-100 win during a portion of the schedule that Ole Miss coach Andy Kennedy said feels more like Southeastern Conference play in December.

They’re the kind of opportunities Ole Miss squandered more times than not last season that relegated it to the National Invitation Tournament. Ole Miss won 20 games before Selection Sunday but lost six games on its home floor, including a 15-point loss to MTSU and a gut-wrenching, three-point loss to then-No. 1 Baylor.

Tuesday’s loss to South Dakota State also came at The Pavilion, a game the Rebels trailed by 23 at one point before mounting a furious comeback to send it to extra time. Slow starts have been a problem for the Rebels, who’ve trailed by double digits in the first half of multiple games.

“We have to play with an edge. It has to come with an edge,” Kennedy said. “And until we get that, we’re going to be in games such as this where we put ourselves behind the eight-ball because we’re just so lax and loose and just do things that confound you.”

Virginia Tech (6-1) has been one of the nation’s top offensive teams, reaching the 100-point mark three times and scoring at least 96 points in two other games. The Hokies, who already own wins over South Carolina, Washington and Iowa, are winning by an average of 32.8 points.

Ole Miss will counter with four double-figure scorers of its own led by Terence Davis (18 points per game). Fellow guard Deandre Burnett (16.8) is shooting 48 percent from the field, including a 45.2-percent mark from 3-point range.