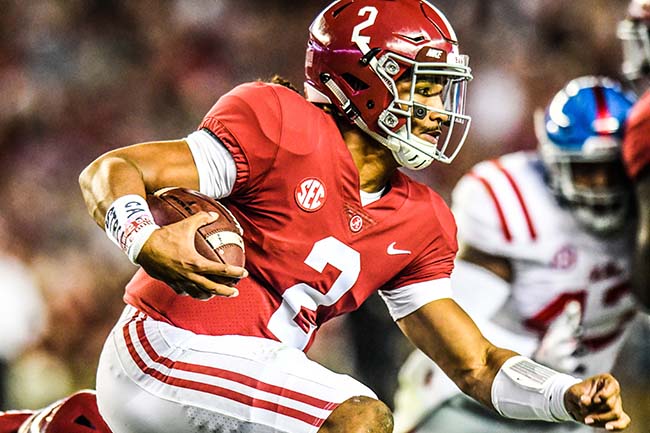 The debate is over.

Clemson, Oklahoma, Georgia and Alabama will compete for a national championship after finishing in the top 4 of the final College Football Playoff rankings released Sunday. The semifinals will be played on New Year’s Day with No. 2 Oklahoma meeting No. 3 Georgia in the Rose Bowl and No. 1 Clemson squaring off with No. 4 Alabama in the Sugar Bowl.

The winners will meet in the championship game Jan. 8 at the Mercedes-Benz Stadium in Atlanta.

The top three teams came as no surprise. Clemson (12-1) held on to the top spot in the rankings after demolishing Miami 38-3 on Saturday to win the ACC championship while Oklahoma (12-1) took care of business in the Big 12 championship game with a 41-17 pasting of TCU. Georgia (12-1), ranked sixth last week, avenged its only regular-season loss to then-No. 2 Auburn with a 28-7 win Saturday to claim the SEC championship and move back into the top 4.

The question was whether a one-loss Alabama team that didn’t win a conference championship or its division during the regular season or a two-loss Ohio State team that won the Big Ten Championship over then-No. 4 Wisconsin on Saturday would get the final spot.

Alabama was ranked No. 1 the previous two weeks before suffering a 26-14 loss at Auburn in the teams’ regular-season finale while the Crimson Tide’s best wins came over LSU and Mississippi State, both ranked outside the top 15. Ohio State finished with three top-20 wins, including two in the top 10, with one of its losses coming to Oklahoma, but there was also a 31-point loss to unranked Iowa in early November.

But the CFP selection committee went with Alabama, which is making its fourth straight playoff appearance.