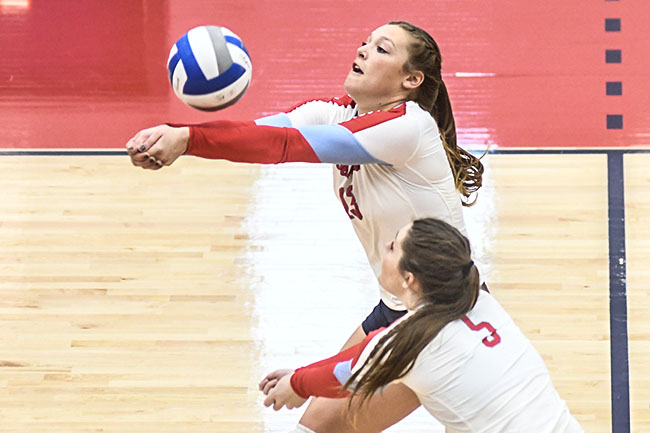 In their third meeting this year, Ole Miss dominated Georgia 3-0 here Sunday at the Gillom Athletics Performance Center to advance to the semifinals of the National Invitational Volleyball Championship.

The Rebels now await the winner of the West Virginia/Syracuse match, which takes place Monday, to determine if they get to host again or travel.

Sophomore Emily Stroup led the way with a record-setting day. She tallied 15 kills on a .433 clip and became the single-season record holder with 438 kills.

Ole Miss took an early 13-9 lead in the first set, and Georgia called its first timeout. The Rebels led 18-13 late as the Bulldogs used their final timeout. Georgia got within three, 23-20, but then Stroup and Nayo Warnell had back-to-back kills to close out the set 25-21.

Georgia picked it up a little in the beginning of the third set as the two teams traded points. The Rebels gained a 10-9 lead and never relinquished it, winning 25-19 to complete the shutout.