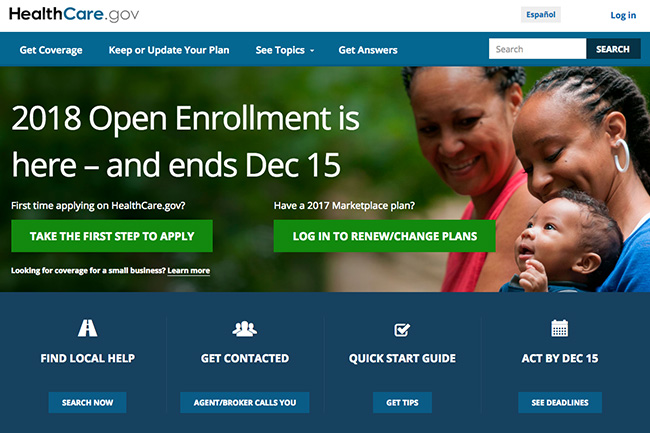 More Mississippians have signed up for health insurance under the Affordable Care Act in the first weeks of this year’s enrollment period than at this point last year, according to federal figures released Nov. 22.

The increase, which mimics national trends, has defied predictions that enrollment numbers would drop in the wake of restrictive new measures imposed by the Trump administration on the healthcare marketplace. Among other changes, the administration has cut advertising for the marketplace by 90 percent and reduced outreach budgets.

But some healthcare advocates say congressional efforts to either repeal or replace the Affordable Care Act and the ensuing media coverage of these attempts has had the opposite effect—instead of educating people about the healthcare law and reminding them to sign up.

“They say that no press is bad press,” said Kathryn Rehner, project director for the Mississippi Health Access Collaborative. “There’s been a ton of conversation about health care and about the Affordable Care Act on every news outlet, conservative or liberal, it’s been everywhere for the past six to eight months, so we’ve been talking about healthcare on a more consistent basis than we ever have, which I think is probably an unintended effect.”

Efforts to dismantle the Affordable Care Act have been a fixture of Donald Trump’s first term in office. Between March and September 2017, Republicans in the Senate and House introduced a total of four bills that would have either repealed the Affordable Care Act or replaced it. The bill to overhaul the tax code, currently under consideration in the Senate, includes a provision to repeal the healthcare mandate that requires all citizens to have health insurance.

Mississippi’s numbers have been echoed nationally. At the end of the second week of enrollment in Nov. 2016, approximately 1.2 million Americans had signed up in the federal marketplace. For the same time this year, that number was up to 1.5 million enrollees.

The Mississippi Health Access Collaborative is part of the federally sponsored navigator program designed to help people sign up for health insurance. In September, the Trump administration announced that navigator budgets would be slashed by 41 percent nationally. At the same time, it announced plans to cut advertising for the Affordable Care Act from $100 million to $10 million.

Given these changes, Rehner said the spike in enrollment was a pleasant surprise.

“I was super surprised,” Rehner said. “We had more people sign up in the first full week of open enrollment than we ever had in previous years. It came out of the gate super busy, which is great. It’s encouraging to me in that hopefully everybody that needs to sign up or renew their coverage will do that even though the open enrollment period is shorter.”

One of the biggest changes to enrollment has been the Trump administration’s decision this year to cut the open enrollment period to six weeks, down from three months in years past. So while signups have spiked, the increase may not be enough to make up for a shorter enrollment period.

There may be other consequences. Traditionally signups spike twice during the enrollment period, according to national data. The first comes towards the beginning, as people who already receive coverage re-enroll. The second comes at the end of enrollment, usually as a result of outreach and advertising.

But these two spikes contain very different populations. Reenrollees, who already have insurance, tend to be less healthy–and therefore more costly to the program. Those who sign up later are often new to the program. They tend to be the younger, healthier beneficiaries crucial to keeping the program solvent by balancing out the cost of insuring the old and the sick.

According to Insurance Commissioner Mike Chaney, cuts to the enrollment period, advertising and outreach—as well as the elimination of the mandate—mean less of this population will sign up.

“You have people signing up (in the beginning) who need it more,” Chaney said.

There’s also the chance that the numbers from the federal government don’t paint a complete picture of signups. Mississippi’s insurance exchange contains just one insurer, Ambetter, after Humana departed earlier this year.

“The bottom line of where we are is that it’s a little early to say what the numbers will actually reveal but it looks to me like enrollment is very consistent with last year. A lot of people who would normally make a decision are waiting to see what will happen in Congress,” Chaney said, referring to the tax bill that would repeal the individual mandate. “But most people are not in tune with what’s happening in Congress … I think what will happen is you’ll end up with 10 to 15 percent less than last year.”