Ole Miss to get biggest opportunity, test yet at Middle Tennessee State 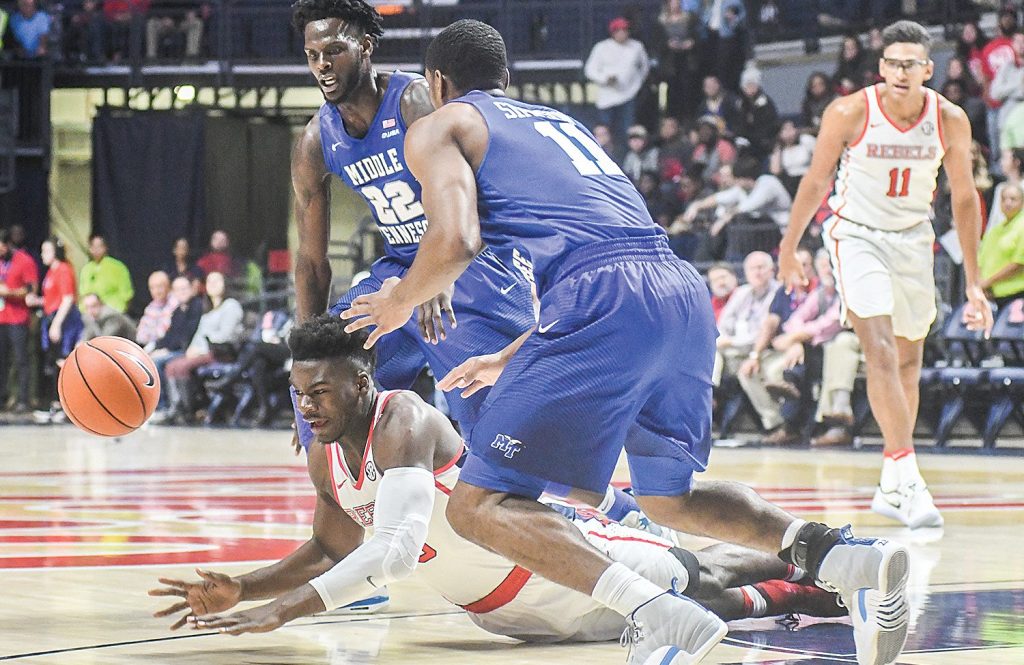 Ole Miss has had ample opportunities through the season’s first month to start beefing up its postseason resume.

None are bigger than what awaits the Rebels this weekend.

After taking a week off for final exams, Ole Miss will make the trip to Murfreesboro, Tennessee on Saturday to take on Middle Tennessee State at 5 p.m. It’s the latest chance for the Rebels to pick up the kind of quality win that’s lacking in the non-conference portion of their schedule.

“They’re all big,” Ole Miss coach Andy Kennedy said. “As I look back at it, you don’t think you overschedule when you schedule, but maybe we did. … But we’ve got a lot of opportunities.”

MTSU (6-1) has been one of the nation’s top mid-major programs in recent years and comes in with the highest RPI of any team on the Rebels’ schedule so far at No. 16. The Blue Raiders, who’ve won games in back-toback NCAA Tournaments, are coming off a 66-63 win over another SEC team, Vanderbilt.

Meanwhile, Ole Miss, which will play its third straight game against a tournament team from a season ago, is 0-3 against top-100 RPI teams and 0-2 against the top 65, though there have been some close calls. The Rebels (4-3) are coming off back-to-back overtime losses against South Dakota State (65 RPI) and, most recently, Virginia Tech (83) — games in which the Rebels overcame a 20-point halftime deficit and coughed up a 16-point lead in the second half before coming up short in extra time.

A nine-point loss to Utah (47) is the largest margin of victory for one of Ole Miss’ opponents.

Already with multiple contributors back from last year’s NCAA Tournament team, MTSU, which handed the Rebels a 15-point loss on their home court last season, has gotten a boost from 6-foot-7 graduate transfer Nick King, who’s pouring in a teamhigh 24.3 points per game while shooting 46 percent from 3-point range. Forward Brandon Walters (11.4) and point guard Giddy Potts (10.3), a holdover from the Blue Raiders’ Sweet 16 team in 2016, are also averaging double figures for MTSU.

Terence Davis leads four double-figure scorers for Ole Miss, averaging 17.9 points per game. Deandre Burnett is next at 15.7 points per game while freshman Devontae Shuler and graduate transfer Markel Crawford are averaging 11.4 and 11 points, respectively, for the Rebels, who enter the weekend with an RPI of 153.