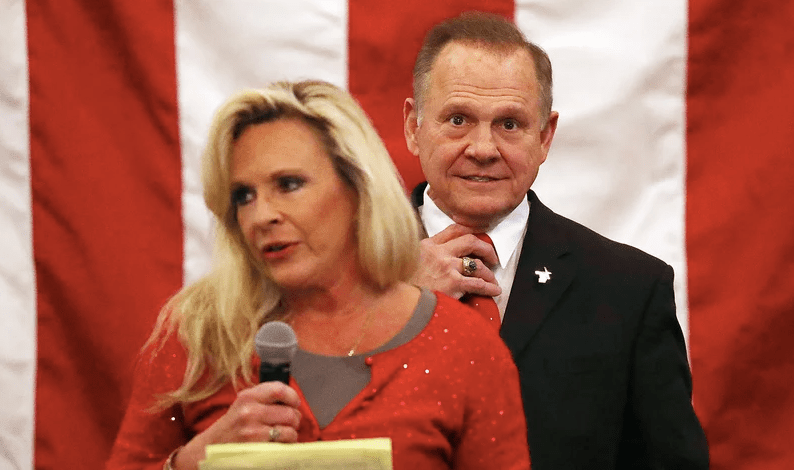 Who won the Alabama Senate race election today? The Senate election Roy Moore vs. Doug Jones is too close to call in the exit polls. We will update winner tonight here. The polls close tonight at 7 p.m. central time so results will begin coming in soon after that.

You can also get live election results from here once the vote tally begins.

Here are the latest Roy Moore vs. Doug Jones updates on Alabama’s U.S. Senate election from The Associated Press (all times local):

Moore shook hands with supporters after they chanted, “Judge Roy Moore.” He then left to watch returns in another room.

His campaign manager told the crowd that Moore would soon have the new title of senator.

With about half the vote counted, the Alabama Senate race between Moore and Democrat Doug Jones is too close to call.

Moore is looking for support in rural areas and party loyalty from Republicans to carry him to victory.

Jones is attempting to become the first Alabama Democrat elected to the U.S. Senate in 25 years.

Becky Gerritson, the leader of a nearby tea party group, says sexual misconduct allegations against Moore have caused his supporters to rally around him harder.

“We’re seeing his supporters digging in and they’re pumped up,” Gerritson said.

Reporters at Moore’s election night party were kept behind a barricade in the back of the ballroom.

Polls are closed in Alabama in the race to fill the Senate seat vacated by Attorney General Jeff Sessions.

At time of national reckoning over long-suppressed misconduct by powerful men, the choice between Republican Roy Moore and Democrat Doug Jones has taken on outsized significance. Moore has faced allegations of sexual misconduct with teenagers, dividing the GOP and giving Democrats hope of picking up a seat in a reliably red state.

President Donald Trump and the Republican National Committee broke with top congressional leaders in standing by Moore despite the accusations, wagering that maintaining the seat in the Republican stronghold was of paramount importance.

Democrats are hoping to break their 0-5 streak in special elections for Republican-held seats in 2017, and looking for momentum heading into the 2018 midterm elections.

Alabama Republican Roy Moore’s campaign says The Washington Post is not being let into his election night gathering in Montgomery.

The Post first reported the allegations of sexual misconduct against Moore.

There are signs of heightened security at Republican Roy Moore’s election night gathering in the Alabama race for U.S. Senate.

Men in SWAT uniforms videoed the exterior of the building where Moore’s party is being held in Montgomery.

Earlier Tuesday, a Department of Homeland Security official said the agency is keeping an eye on the election.

The Department of Homeland Security is keeping its eye on Alabama’s special U.S. Senate election.

Christopher Krebs says he’s not aware of any specific threats. But he says DHS has been working with the state “for quite some time” to prepare for any issues.

Voter turnout appears heavier than expected in one of Alabama’s most reliably Republican counties in the U.S. Senate election, and officials say they’re not just seeing the usual GOP crowd.

Democrats have a table outside one of the county’s largest voting precincts in Helena, and volunteers from the Jones campaign are canvassing neighborhoods in normally Republican areas.

Fuhrmeister says he isn’t predicting a Democratic win, but he expects the party to see some results for its efforts.

Shelby County, just south of Birmingham, is one of Alabama’s most affluent counties.

Republican candidate Roy Moore rode his horse to the polls as he’s done in past elections to cast his ballot in the U.S. Senate race.

Moore was accompanied by his wife Kayla Moore, also on horseback, as he voted at a rural fire station in the northeast Alabama community of Gallant on Tuesday.

Dozens of members of the media surrounded the couple, making it difficult for them to get through on their horses.

Moore spoke briefly to reporters, talking in generalities and not discussing allegations that he sexually molested teenage girls decades ago.

Moore expressed confidence that he will win.

He also said that after the election will be the time to discuss whether he’s allowed to take a seat in the Senate.

U.S. Attorney General Jeff Sessions said he cast an absentee ballot in Tuesday’s special Senate election in Alabama but declined to specify his choice, saying he “valued the sanctity of the ballot.”

At a Tuesday news conference in Baltimore on gang violence and immigration, Sessions said Alabama residents are “good and decent and wonderful” people. He said he’s confident they will make the right decision.

Multiple women have accused Moore of sexual misconduct with teen girls when he was in his 30s. Moore denies the accusations.

The winner of Tuesday’s election will take the seat previously held by Sessions.

Democratic nominee Doug Jones was met by cheering supporters as he cast his ballot in Alabama’s U.S. Senate race.

Jones smiled and waved as he arrived at his voting precinct in the wealthy Birmingham suburb of Mountain Brook on Tuesday.

Poll workers at the church where he voted complained that so many news reporters were on hand that voters were having a hard time parking.

Jones says he feels good about the campaign he’s run and he doesn’t think Republican Roy Moore is going to win.

Jones said, “This is an important time in Alabama’s history, and we feel very confident where we are and how this is going to turn out.”

Alabama’s top election official estimates that turnout for the hotly contested U.S. Senate election now underway will likely be around 18 to 20 percent of registered voters.

Alabama Secretary of State John Merrill tells The Associated Press there’s also a chance that turnout for the special election could be as high as 25 percent.

Voting places opened at 7 a.m. Tuesday and will remain open until 7 p.m.

Cool temperatures were common across Alabama when voting began and the state is expected to see dry weather all day during voting.

Multiple women have accused Moore of sexual misconduct with teenage girls when he was in his 30s. Moore is now 70 and denies the charges.

More than two dozen people stood in line in the chilly morning air at Legion Field, a predominantly black precinct in Birmingham, after polls opened at 7 a.m.

Republican Roy Moore and Democrat Doug Jones have both reached out to minority voters during their contentious campaign for a U.S. Senate seat.

The Legion Field precinct is in a stadium office, where blue-tinted posters of local college football players and cheerleaders lined one of the walls. About 20 Doug Jones campaign signs were planted in the ground near the parking lot where voters were driving in to vote. There were no Roy Moore signs.

Polls have opened across Alabama in the state’s closely watched U.S. Senate election, which has drawn national attention.

Voting places opened at 7 a.m. Tuesday and will remain open until 7 p.m.

Cool temperatures were common across Alabama shortly before voting began and the state is expected to see dry weather all day during Tuesday’s voting.

Multiple women have accused Moore of sexual misconduct with teen girls when he was in his 30s. Moore is now 70 and denies the charges.

An internationally watched Senate election is down to Alabama voters.

Multiple women have accused Moore of sexual misconduct with teen girls when he was in his 30s. Moore is now 70 and denies the charges. He’s telling voters they know his character already.

Jones is saying decency must prevail. He’s urging Alabama voters to see the race as a crossroads with an opportunity to avoid repeating past mistakes that harm the state’s image.

No Democrat has won an Alabama Senate seat since 1992. That was Sen. Richard Shelby. He’s now a Republican who says he didn’t vote for Moore. 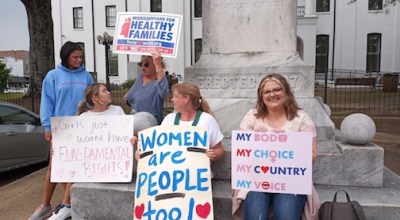