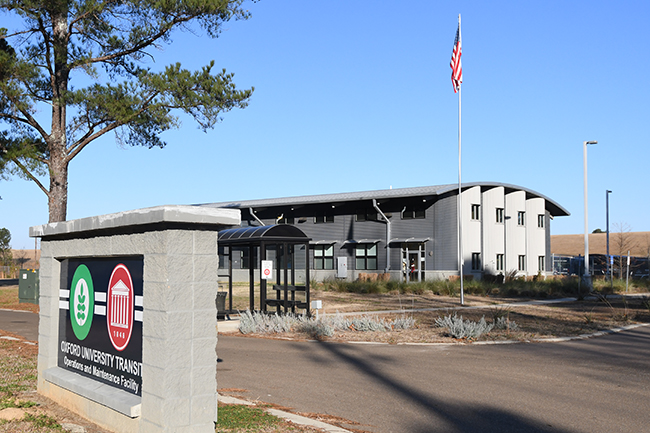 The Oxford-University Transit Maintenance and Operations Facility, in Oxford, Miss. on Thursday, December 14, 2017, is scheduled for a $500,000 renovation.

On Tuesday, commissioners heard proposals from Howorth and Associates of Oxford and Beard and Riser Architects that has firms in Oxford and Greenwood. After 45-minute presentations, the commissioners selected Howorth and Associates and will recommend their hiring to the Oxford Board of Aldermen at an upcoming meeting after gaining approval from the Mississippi Department of Transportation.

The project consists of expanding bus and employee parking, adding a vehicle service bay, relocating the parts department, and possibly completing the second floor as a conference room. The construction budget for the project is $500,000.

Construction of the facility in 2012 was funded by a Section 5309 grant from the Federal Transit  Administration, an American Recovery and Reinvestment Act grant, state funds from the Mississippi Department of Transportation and local contributions from the city of Oxford.