OUT bus drivers to get pay raise 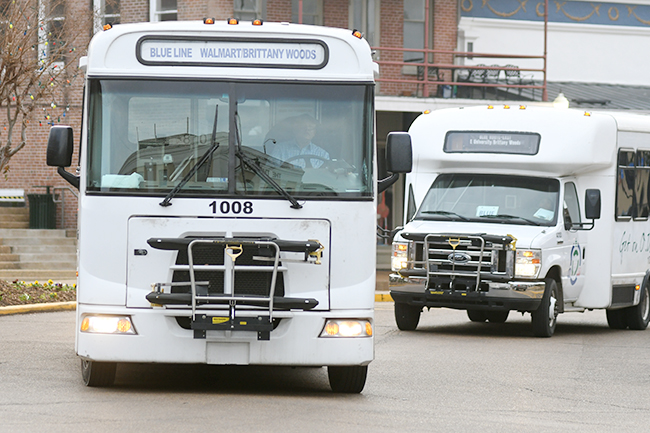 An Oxford-University Transit bus leaves the Square in Oxford, Miss. on Friday, December 15, 2017. Bus drivers are being given pay raises.

Bus drivers with the Oxford-University Transit system received an early Christmas present this week when they found out they would all be getting raises.

The Oxford-University Transit Commission approved the pay raises on Friday at the request of OUT Manager Ron Biggs.

Current drivers will have their pay increased as well.

There are currently 37 full-time bus drivers with five open positions.

The raises will increase OUT’s payroll budget by $143,046 – from $1,085,127 to $1,228,173; however, Biggs said the current OUT budget is sufficient to absorb the increase and no increase in the city or University of Mississippi’s local match will be required for this year’s budget.

“We feel that making these pay adjustments will help us get qualified drivers who will remain with us,” Biggs said Wednesday. “I’ll have some happy drivers.”