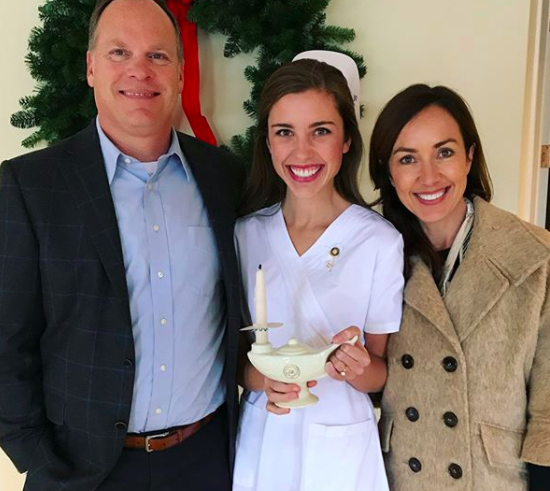 My daughter graduated from nursing school this week, and it occurred to me the moment she clinched the diploma with a broad, worthy smile that change was on the horizon.

She had just completed two-and-a-half years of hard work in Samford University’s nursing program, and when they handed over that diploma, they handed over a key unlocking her well-planned, near-term future.

Early next month, she will marry a fine young man. Early the month after that, she will begin working at an outstanding hospital in Alabama, helping bring babies into the world on the day shift in labor and delivery.

I vividly remember when she was born. It was about this time 24 years ago, at Oxford’s Baptist Memorial Hospital-North Mississippi. We had gone to a Rotary Christmas party that evening in early December 1993. One moment we were talking to friends, like Harry Sneed and Phil Bailey; the next we were driving to the hospital for delivery of our third and last child.

That little girl, ushered into the world by Oxford’s capable and caring healthcare professionals, has been everything a father could have hoped for and more. Early on, friends joked that I spoiled her, my one and only daughter.

In more recent years, it was she who spoiled me.

My daughter was determined to pay for nursing school herself. She also paid for own living arrangements, all because she wanted to personally invest in reaching her calling.

We spared no amount of love and emotional support, of course, and she readily accepted and returned that to endless supply. And that’s all she needed, since nursing school was never about the money.

She arrived at nursing with a heart in the right place from the start, determined to navigate the challenges of school so that she could help mothers and babies at their most crucial moment.

Nursing school wasn’t easy. Not at all. It’s half of medical school without getting Dr. in front of your name. Most of us wouldn’t survive. Some in her class didn’t.

But now my daughter is a nurse, ready to help mothers bring babies into the world.

It’s exciting, though my stomach sank when she clinched that diploma because I know what it means. She’s now off on a fast sprint of making her own family and place in the world, the culmination of a circle that began that night in 1993, soon after that Rotary Christmas party.

So, it fitted this week that, now that I’m back in Oxford’s Rotary Club after a long hiatus, we visited the annual Christmas party. Phil Bailey was there. So was Harry Sneed.

We came straight home after it was over, and made no trips to the hospital. Two dogs were waiting, happy to see us, in an otherwise quiet and dark home. We patted them and called it a night.

Just before falling asleep I had the pleasant thought that somebody, somewhere, was about to give birth on the cold December night. And it was comforting to think that a caring, well-trained nurse who was once somebody else’s baby would be there to see them through it.

What makes up a Millennial or Gen-Zer?