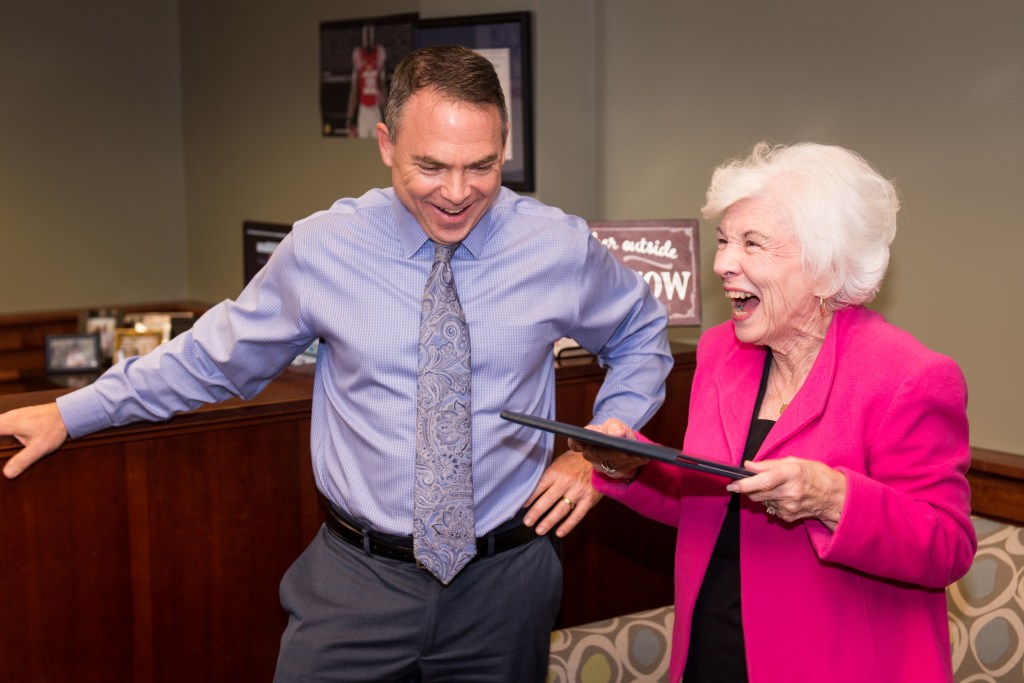 When 87-year-old Oxford resident Bettye Butler decided she was going to finish her bachelor’s degree after a 38-year hiatus from the University of Mississippi, she picked up the phone one morning to ask about her remaining few credits.

“I’m not a quitter,” she told UM School of Education development officer Billy Crews, in a phone conversation.

Days later, after a little digging and transcript analysis, Butler learned from Crews that due to shifts in university curricula and degree requirements since her last enrollment in 1979, she was no longer six credits short of qualifying for a bachelor’s degree in education and that UM Education Dean David Rock could authorize her graduation based on her existing credits.

“This is truly an amazing story,” explained Rock. “When we decided to take a look at her transcripts, I got a call from our director of academic advising and she said, ‘I think you need to look at this,’ because, it turned out, she actually had more than enough credits for her degree.”

On Dec. 1, Butler was presented her Ole Miss diploma by Dean Rock at a private ceremony in Guyton Hall with her children and friends by her side. The presentation of Butler’s degree brings the total number of UM degrees in her immediate family to eight—it’s even more if you count her grandchildren, she is quick to point out.

“It’s almost impossible to describe this feeling, I didn’t know it would mean this much to me,” she said at the ceremony. “There was always that little voice in the back of my head saying ‘go for it,’ but I didn’t ever think this would come true. I can’t help but think that this was supposed to be.”

The Butler family has deep roots in the Oxford and UM community.

Bettye and her husband Jim, the former director of UM’s Alumni Association who passed in 2013 at age 86, first came to Ole Miss as a couple in 1961, when they moved into temporary housing in Northgate Apartments on campus.

Jim—who had played football for the Rebels as a freshman guard in 1944 before serving in the U.S. Army during World War II and returning to UM to finish bachelor’s and master’s degrees in education—was returning to UM to begin a career in the Alumni Association as the “Alumni Secretary.”

Before joining the LOU community as a couple, the Butlers ran a small family restaurant in Pontotoc and later moved to New Albany, where they started a family and Jim worked as a teacher, coach and principal.

In 1962, The Butlers bought a house on Bramlett Boulevard—the only house for sale in Oxford at the time, Bettye points out—and there they raised three children: Carole, Mitzi and Lance.

The Butlers were an inseparable pair during their 64 years of marriage. During Jim’s tenure as UM alumni director, the association grew by more than 7,000 members and the Butlers traveled the nation as a team, visiting almost every state, to promote and grow the organization.

Today, Bettye is the UM School of Education’s newest alumna and she has plans to hang her family’s latest Ole Miss diploma on the wall of her home this holiday season.

“There was something inside of me that morning that said ‘make the call,’” Bettye said. “So I called, and It’s still hard to believe, but I am so glad that I did.”