Lodge owners not happy with changes to road in Harmontown 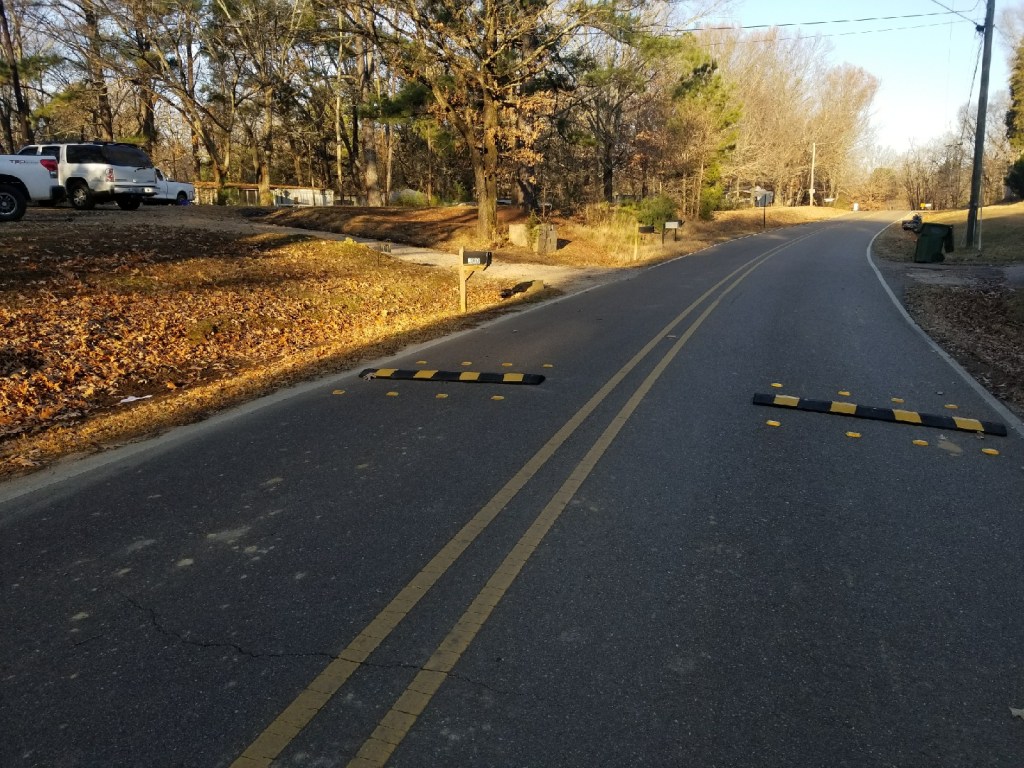 The owners of Holiday Lodge in Harmontown spoke before the Lafayette County Board of Supervisors on Monday to protest the addition of two three-way stop intersections and a speed bump on County Road 517.

Belden and Kay Howell told the supervisors the additional traffic control measures could affect their business and wanted to know what studies were done to determine the need for the stop signs and speed bump to be put in.

“We’d like a copy of those studies,” Kay Howell said at the meeting. “How many people have been hit or killed on this road? How many wrecks have their been or tickets written? Where are the studies that were one?”

The three-way stops were created at CR 510 and CR 517 and CR 512 and CR 517. There were two speed bumps installed, one in each lane with a three-foot gap in between the two lanes of traffic.

“One of the three-way stops was put in front of a mobile home park and now those people can come out in front of everyone else which will cause wrecks,” Kay said. “I don’t think (Sheriff) Buddy East was aware of these stop signs and bumps, and I think he has to approve them.”

Supervisor Chad McClarty said he had spoken to East and that he was approached in July by a resident who lives off CR 517 who was concerned about the number of people speeding along the road that has a 30 mph speed limit.

“I told them to get a petition signed by others living along the road and they came back to me with 14 signatures,” McClarty said. “I went there and sat and watched it for myself as did the road manager.”

Board president Jeff Busby said he didn’t understand why anyone would be against adding safety measures.

“Why is that a problem?” Busby asked. “I’ve been to the lodge many times and I’ve seen lots of kids there and people using the area. Why wouldn’t you want it to be safer?”

The Howells said the speed bumps could potentially hurt their business because boat motors could be damaged by going over the bumps and that the only thing that was needed was more patrols by the sheriff’s department.

“If someone is driving all the way to Harmontown to come to your place to eat, they’re not going to turn around because of a speed bump,” Frye said. “I’m not going to choose a boat motor over the safety of someone.”

Belden Howell told the supervisors they should have come to speak to him and his wife about their plans before taking action.

Kay Howell told the supervisors she didn’t feel they represented the people on the north side of the lake.

Supervisor David Rikard said he was tired of hearing that the supervisors don’t care about Harmontown and that by putting in the three-way stops and speed bumps at the request of the homeowners along the road, showed just the opposite was true.

“We have a campground there, recreational areas, tons of children, people who walk their dogs and people who drive four-wheelers,” she said. “I know it’s an inconvenience. It is for us too. But if it helps slow down the traffic and prevents a person or animal getting hurt it’s worth it.”

The supervisors took no action on the complaint.