For better or worse, Oxford and Ole Miss captivated local and national sporting world in 2017 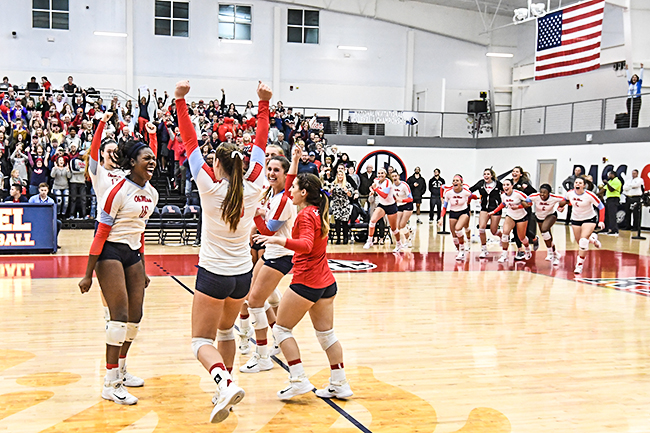 2017 was a year in sports Lafayette County will not soon forget.

Whether it was at the high school, collegiate or professional ranks, for most of the year the sporting world centered around Oxford and Ole Miss.

That seems like an overestimation? Well, lets start back at the beginning and prove it is not hyperbole.

The winter months began the second half surge that was Oxford and Lafayette High School athletics. The Chargers and Commodores produced 11 state championships, plus several individual state titles, making the State’s best have to compete with the best Lafayette County had to offer.

Lafayette girls’ basketball ended a lengthy title drought while Oxford tennis continued their dominant stretch of titles won. Charger track swept for the second straight season and Oxford baseball was one game away from completing an historical three-peat.

As Winter melted away into Spring the sporting universe still found itself firmly planted in the Oxford city limits. The reasons for it staying this year were due to the rising success of two Ole Miss programs that had lay dormant for sometime, waiting to be revived.

Mike Smith, Kaitlin Lee and Braden Thornberry had their CPR skills at the ready.

Smith and Lee led the softball team to their best season in program history, securing a Southeastern Conference Tournament championship and hosted a NCAA Softball Tournament regional. The Rebels won their regional and took on UCLA in two close games. It put the softball world on notice that the Rebels were going to be back around in 2018.

On the golf course, Thornberry brought home the first NCAA Championship — team or individual — back to the Rebel clubhouse. Thornberry became national sensation in the golf community, winning the Fred Haskins Award as the top male collegiate golfer of 2017.

The collegiate season success carried over for Thornberry as Ole Miss fans took over TPC Southwind in Memphis for four days in June during the FedEx St. Jude Classic. Thornberry was making his first-ever career PGA Tour start — his first of three in 2017 — and came away with a top-four finish. It was the highest finish by an amateur in the tournament since 1969. On Sunday the golf course resembled more the Grove on gamedays in pockets with Rebels fans decked out in red and blue with chants of ‘Hotty Toddy’ echoing through the trees. Even non-Rebel fans could be heard asking, ‘hey, you hear about this Thornberry kid making a charge?’

With the good comes the bad and the very next month came the other shoe to drop.

On July 20 Hugh Freeze resigned as head coach of the Ole Miss football team. It has been well documented the reasons so no need to expound on them, but it once again capatured the sporting world’s attention with Matt Luke named the interim head coach

This with the impending NCAA COI still yet to land until five months later. The season itself saw the Rebels go 6-6, defeating their in-state rival Mississippi State in the Egg Bowl to cap their 2017 campaign and securing Luke as the permanent head coach.

Throughout the whole year a former Charger and Rebel was taking on the world, and winning.

Sam Kendricks pole vaulted his way into fan’s hearts with his bronze medal efforts during his first Olympic games in August of 2016 as well as that clip of him stopping mid run to salute the flag during the national anthem.

He kept their support by going undefeated in 2017 and named the U.S. Male Track Athlete of the Year by winning the Jesse Owens award.

To close out the year Ole Miss did indeed win a national championship, but not in football.

The Ole Miss volleyball team went on a six-match win streak and cruised to the National Volleyball Invitational Championship tournament win for their most successful season to date.

For better or for worse, Oxford had Mississippi’s — and the country’s — attention more times than not in 2017. 2018 has it’s work cut out for it.