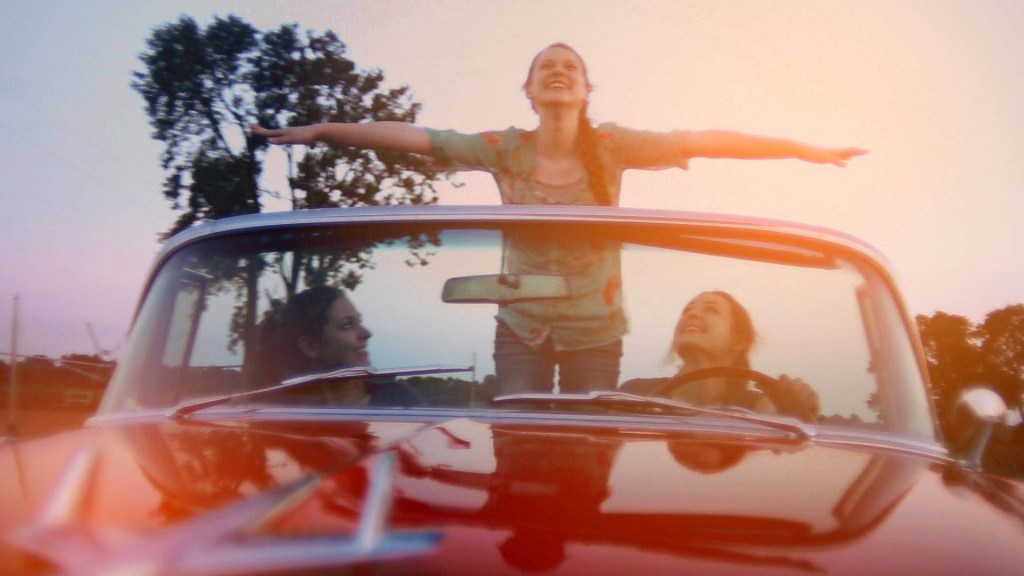 “Last Earth Girl” is a post-apocalyptic, sci-fi film which centers around the main character, Miriam, who reevaluates and reflects all aspects of her life after discovering the world is ending. The film was shot entirely in Memphis and the Mid-South and features a crew of around 40 people and a cast of over 80.

Jim Weter, the director of the film and an Ole Miss alumnus, says the film is one of the biggest projects he’s worked on.

“It’s a feature film, and right now it’s 93 minutes long and 99 percent completed,” Weter said. “It’s the biggest project we’ve ever done, and in terms of cast and crew, it’s one of the biggest films to come out of Memphis.”

The screenplay for” Last Earth Girl” was discovered after it won an award in a screenwriting contest. Weter says it is based on an essay written by the screenwriter’s daughter, and it’s the third film from the contest he’s worked on.

The film opens in a space shuttle, with Miriam, who is of Jewish descent, reflecting on her life up to that point. It continues, explaining how Miriam arrived at this point through a series of flashbacks.

Weter says the space shuttle was the most complex piece of the set. The crew constructed the set inside a small storage unit in Memphis.

Oxford actor Greg Earnest plays Benson, a self-described “helpful nice guy” who was originally intended as a love interest but ended up acting as more of a friend to the main character. Earnest says the film explores spirituality and the human condition as a whole.

“This film tries to be more philosophical in its storytelling than most modern movies, especially sci-fi blockbusters. It really explores what it means to be human and where our place is in the universe,” Earnest said. “It isn’t a ‘religious’ film like the title might suggest – it never answers the question of whether God exists. It only explores that concept through the dialogue and actions of several characters dealing with certain extinction.”

The film took a couple years to complete, with a process Weter says is pretty in-depth.

“The end of the world is the setting of the film, so the first thing we did was shoot and record newscasts, and most of it was green-screened,” he said. “Once we had all that done, we shot the main part of the movie, with a lot of characters watching the newscasts. The third part of the film was constructing the space shuttle in the storage unit, where the main character tells who she is and what’s happening through flashbacks.”

One thing Weter says he hopes to do, once the film is complete, is to submit the film to festivals around the country, including Nashville Film Festival, various Jewish and sci-fi film festivals and the Oxford Film Festival.

“We’re going to send it to film festivals,” Weter said. “Once that’s done, we’re going to look into self-distribution. I have two films on Amazon, so it’ll go somewhere like that, or on Netflix or Hulu.”

Hannah Glass, a three-year volunteer at the Oxford Film Festival and 2018 co-director of transport, says the film will fit in with a recent surge in the sci-fi genre.

“I know that there have been several sci-fi movies in the festival recently,” Glass said. “’Last Earth Girl’ sounds like a film that would fit really well in the festival, as it explores a genre that many fest-goers like and also has a connection to Oxford.”

The late Shollenberger is someone whom Weter says plays an important role in the film and in his life.

“I actually came to Ole Miss because Jim was teaching filmmaking classes there. I think I helped him make three or four features, and I made two of my own,” Weter said. “Later, after I came to Memphis, it’d been a few years, but when I started doing ‘Last Earth Girl’, I was thinking about a specific character and I hit him up, and we talked about it and he agreed to help me out.”

Shollenberger, who passed away from complications with cancer after completing all his scenes in the movie, is someone both Weter and Earnest describe as having a personality that is “hard to miss,” drawing people in.

“Post-production was about the time I learned he passed away,” Weter said. “I didn’t know he was sick, and he was joking like the same old Jim and it shocked all of us. It’s good that I got to work with him again, but it was really sad.”

The film is dedicated to Shollenberger, for both his role and the influence he had on the lives of Weter, Earnest and many more.

So far, ‘Last Earth Girl’ is set to premiere in the coming months, pending submissions to film festivals. Weter says there will be a Memphis premier and an Oxford premiere, and that the film is 99 percent completed, save for some computer-generated editing and other post-production work.

In order to complete that post-production work, Weter and his team have started a campaign through Seed and Spark, a crowdfunding platform by filmmakers, for filmmakers. Rewards for donating include private screenings and other incentives based on dollar amount given.

For more information, or to donate to the film, visit https://www.seedandspark.com/fund/thelastearthgirl.