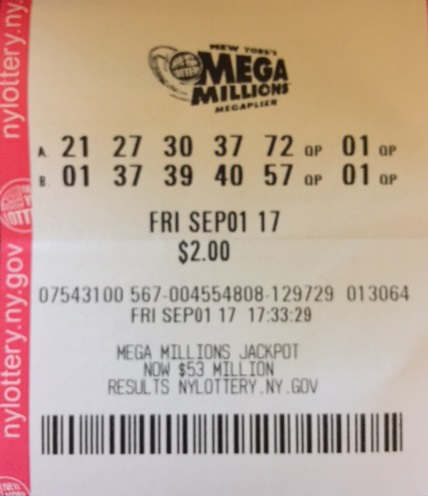 To deny a Lotto in MS for religious, moral reasons is hypocritical

It appears the Mississippi Legislature will be taking another look at creating a lottery system for Mississippi during the upcoming session.

I’ve heard arguments for and against having a lottery, the biggest two being because it’s a sin – as if casinos aren’t – and that it’s a tax on poor people.

Raising my children in Florida, I was one of those poor people. I was a single mom with three kids. Every once in awhile, I bought a lottery ticket or two.

When my kids were old enough to understand what the lottery was, we would have great fun talking about the things we would buy if we won – a new house, a new car, new computers, a pony.

They understood the chances of winning because I told them there was little chance. We’d wait for Wednesday or Saturday night and gather around the television as the numbers were pulled. Obviously, since I do not own a pony, we never won. And that was OK. We had fun dreaming for a time.

I did not dump my entire paycheck into tickets because I understood I couldn’t afford to do so.

I believe personal responsibility has to come into play. There are millions affected by alcoholism, and yet, we still sell lots of booze in Mississippi. Fast food isn’t great for us either, but we aren’t shutting down McDonald’s. Smoking, we all know, is bad for us. However, cigarettes are still sold and taxed heavily.

Alcohol is also taxed. Mississippi is already being funded by our vices. And they are our vices. Our choices. No one forces people to smoke, drink and gamble. In Oxford, many of our projects are funded through our 2 percent food and beverage tax and I would gamble to say most of that is on beverage sales in our downtown Square.

It would only seem right then, using the “we shouldn’t support something because someone might do something dumb,” argument, that we should do away with that 2 percent tax as it might show support for overindulging in both food and alcohol.

If the concern was really that having a Lotto would cause a massive surge of gambling addictions, then why aren’t we shutting down all the casinos?

Mississippi’s educational system desperately needs funds, as do our roads and bridges.

Florida takes in billions of dollars annually with its lottery. Most go to fund education – $15 billion dollars in education in fact. That’s a lot of scholarships for students. The money is given to those who attend Florida schools, so that money is going back into the state through the universities.

If my grandchildren can one day attend Ole Miss or even dare I say, Mississippi State free, without having to deal with student loans because people bought lottery tickets, I’m OK with that.

The assumption is also only poor people buy tickets.

I worked for Circle K in my 20s in Florida and I can testify that many well-off residents bought tons of tickets because even the rich want to get richer.

I also saw people who were poor cash their check and buy $100 worth of tickets, and it was sad to see. However, it was that person’s choice to do so and they had to deal with the consequences because that’s what we all have to do with every choice we make as responsible adults.

Or, Mississippi can forget the Lotto and look at making marijuana legal and make more money than it knows what to do with.

Or, we keep going the way we’re going – cutting mental health programs, driving on bridges and roads that are dangerous and being last in the country for just about everything no one wants to be last for, or first in everything no one should be first in.

But that’s for another column.

Mississippi could learn something from Idaho

Editor’s Note: This column originally appeared as an editorial board from the Greenwood Commonwealth staff. The EAGLE is reprinting in... read more