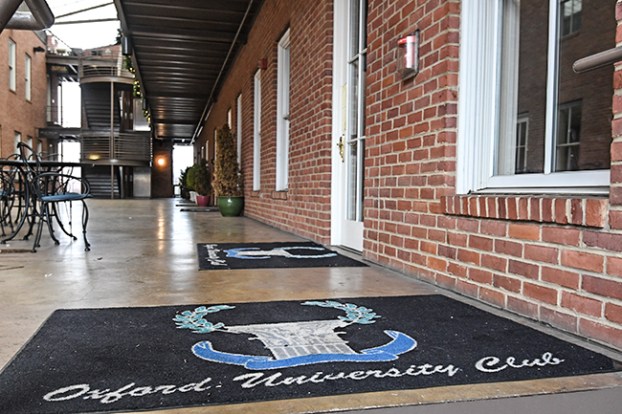 Samir Ross arrived at the Oxford University Club last Wednesday for the weekly Kiwanis meeting only to find the private club had closed its doors for good on Dec. 31.

“It was astonishing to me when I went and found it closed,” said Ross, who is the current president of the Oxford Kiwanis Club. “It was sad to know that the club is closed.”

Ross said he will be meeting with other board members on Tuesday to discuss other options as to where to hold the club’s meetings.

He said he was not notified Oxford University Club would be closing.

Oxford University Club was opened in 2000 by the late Mike Lynn of Holly Springs, who was also the former general manager of the Minnesota Vikings. The private club served lunch and dinner daily, had a full-service lounge and private rooms for meetings – like the Kiwanis Club, the Oxford Rotary Club and the Oxford Lions Club – and a spa and fitness center.

It also served as a popular venue for weddings.

After Lynn’s death, ownership of the club transferred to his wife Jorja Lynn. Jorja owned the club at the time of its closing.

Attempts to reach Jorjia for comment were unsuccessful on Monday.

After receiving a phone call from a frantic bride who had booked her wedding for March at the OU Club, Jean Abrams, owner of Castle Hill off Highway 7, posted on the Castle Hill Facebook page that she would honor deposits that were paid to OU Club.

“We will put the amount of their deposit toward our facility rental fee,” Abrams said Monday. “So if they paid a $1,000 deposit, we will deduct that amount on our facility fee, so they don’t feel like they’re completely losing that deposit money.”

Mike Overstreet, who owns Oxford Square North, the building that housed the OU Club, confirmed the club closed but said he could not comment as to why.

“I will say they were a valued tenant for 17 years and gave Oxford a fine dining club downtown,” he said Monday. “It was a great venue for all kinds of special occasions.”

This is a developing story. More information will be added as it becomes available.

For those who may one day park in the future downtown parking garage, it’s time to memorize your license plate... read more