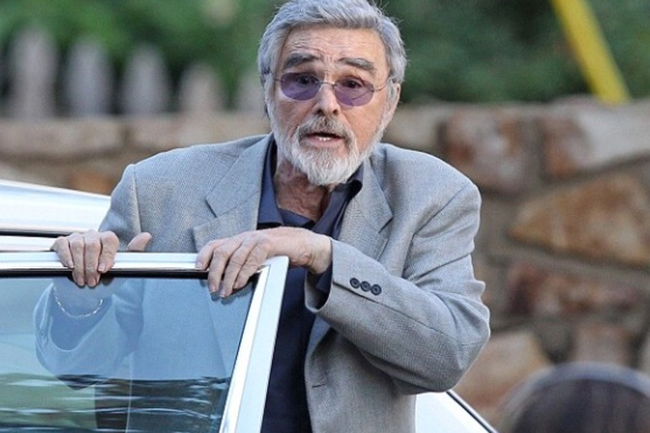 Burt Reynolds stars as an aging, former movie star is forced to face the reality that his glory days are behind him. On its surface THE LAST MOVIE STAR is a tale about faded fame, but at its core, it's a universal story about growing old.

The event will run from Feb. 7 through 11, with screenings and events at locations across town, including Malco Oxford Commons, the Powerhouse, Oxford Conference Center and the Ford Center. This is the film festival’s 15th year, with a schedule that is inclusive of all ages and social groups.

Executive Director Melanie Addington says the heart of the festival is storytelling.

“We’re not trying to be political,” Addington said. “But our message is that everyone has a story and deserves a seat at the table in telling their story.”

The five-day festival will include six parties and 12 workshops, as well as several special events in addition to film screenings.

The festival will open with Adam Rifkin’s “The Last Movie Star,” formerly named “Dog Years.” Rifkin is best known for his work on the television series “Look,” as well as the movies “Detroit Rock City” and “Chase,” which stars Charlie Sheen. “The Last Movie Star” has a star-studded cast, including Burt Reynolds and Ariel Winter.

One aspect of OFF is the question-and-answer portion after films are screened, something documentary programmer Mark Rabinowitz says distinguishes the film screenings.

“For me, it’s always about how the audience reacts to the films, and to speak with them about their experience and initiate dialogue is a great thing,” Rabinowitz said. “ It’s much more different than watching it at home.”

One of his tips for those attending the festival is that there is often a chance to speak one-on-one with the filmmakers after their films are screened. It’s something he says can spawn new projects and collaborations, and creates a dialogue between the director and the audience.

The film festival is also bringing in members of the Oxford community, with over 300 volunteers and several local filmmakers. There are 18 Oxford filmmakers represented with 19 local films.

Christina Huff, a filmmaker and student at the University of Mississippi, has two films in this year’s festival. The first is a short film that commemorates Thacker Mountain Radio Hour’s 20th anniversary, and the second is titled “Birthing Video,” a study on color.

“Filmmaking has always been a passion of mine and it’s important to me to express myself through my work and to share it with others,” Huff said. “There’s so much support and community in OFF that I feel really lucky to be a part of, and I’m so glad other people around the world get to experience it, too.”

This year, Addington says OFF has made a concerted effort to feature female filmmakers, as well as other members of underrepresented ethnic and social groups.

“That’s been a big focus since I took over, expanding who can tell stories and who should be telling stories,” she said. “I learned that our numbers were really low for female directors, so we changed that, giving female filmmakers 50 percent off their entry fees.”

The efforts worked, with 81 films directed by women and even more with female-led crews.

With the recent discussion around HB 1523, a religious freedom law which many have said is anti-LGBTQ, organizers of OFF decided to create a category just for LGBTQ films. However, Rabinowitz says the film festival has always included LGBTQ films, as well as those by people of color.

“I think one of the really great things that we try to do at OFF is we try to be as inclusive as possible,” he said. “So we have an award for emerging female filmmakers. We try to bring in as many films by and about people of color and the LGBTQ community as we can. It’s giving people opportunity to see a film that they might not get a chance to see otherwise.”

One documentary in particular discusses a topic overlooked by many films. HBO and the film festival will host the Miss. premiere of “I Am Evidence,” a documentary produced by Mariska Hargitay about the tens of thousands of unprocessed rape kits across the United States.

In addition to the vast array of films, OFF is also hosting new panels, including a Seed and Spark workshop on crowdfunding films and panels that educate attendees about the filmmaking process. They will also host a screening of the 1998 David Zucker film, “Baseketball,” as well as a “Baseketball” tournament.

For the younger crowd, OFF is adding a complete children’s festival at the Powerhouse, after last year’s trial run was deemed successful. In addition to kid-friendly films, there will also be workshops for children to learn the basics of filmmaking and editing, costuming, writing and more.

A total of 204 films (35 features, 169 shorts and music videos), including 29 world premieres and 6 U.S. premieres, were selected for OFF’s 15th Anniversary edition, marking an increase of more than 30 films from last year’s lineup.