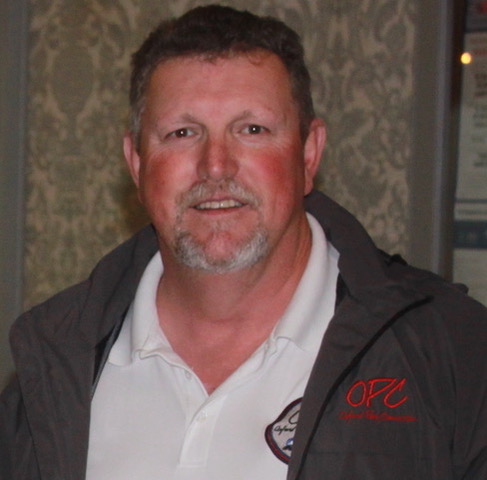 After 23 years of working for the city of Oxford, Bubba Robinson will retire from the Oxford Park Commission in March.

Robinson submitted his letter of resignation Wednesday as deputy director to the OPC Board of Directors.

“I’ll make the motion we approve the resignation but with reluctance,” said Board Member Mike McGee.

Robinson moved to Oxford from Ripley 23 years ago. Looking back on his time spent with OPC, Robinson says it is filled with fond memories.

“It was the best move I could have made,” Robinson said, who was lured away from his parks and recreation role in Ripley in 1994. “The deputy director that was here called me and told me he was leaving and that he had recommended me for the job since I had experience on a park commission board. We basically ran things the same way in Ripley as they do here. I interviewed and got the job.”

Robinson admitted that while he and his wife were hesitant at first to make the move, but grateful for the opportunity.

“We loved it once we got here and been here ever since,” Robinson added.

The first task Robinson had when he arrived at the OPC was to be in charge of all purchasing, which included athletics and maintenance. All of the special projects and bid specifications for all parks were handled by Robinson. The role that has taken a considerable amount of time for Robinson over his tenure has been superintendent of the city pool. He got that role back in 2000. From April 1 until the start of October each year, Robinson spent countless hours making sure things were running just right. Oxford has the only public pool in the seven-county area that touches Lafayette, which has translated to a lot of customers and usage.

“Our attendance has grown each year since I’ve been here and us tracking the number of folks coming,” Robinson said. “It’s in great shape, especially if we get the deck redone this coming year. Hopefully, that will be the last major project for a little while.”

Robinson does have plans after retirement, and they involve him using his fishing rod a lot, at least in the short term.

“I will keep doing my pool service, but nothing else in the plans right now. I’m going to relax a couple of months. I plan to fish, fish and fish,” Robinson said. “Overall, I loved my time here. I’m glad we had the opportunity to come because Oxford is a special town.”