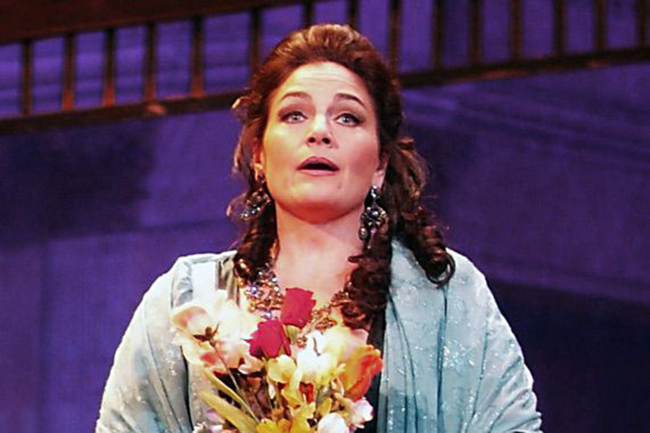 The weekend will kick off on Jan. 19 at 7 p.m. with a screening of the documentary “Vissi D’Arte,” which means ‘I lived for art’ in Italian and follows Esperian through a trying time in her life, including recovery from a brain injury. Following the film, Esperian will perform a mini concert with pianist Gary Beard, with a question and answer segment after. This is the weekend’s only ticketed event, and tickets are $5 each.

“The film really gives a look into a side of a superstar that we don’t normally get to see,” Nancy Balach, director of LMR and professor of music at University of Mississippi, said. “The reality is that everyone faces adversity.”

Esperian will also be featured at 7:30 p.m. on Saturday, Jan. 20 at the LMR Live interactive web talk show. Audience members are encouraged to attend the show live at Nutt Auditorium, or they can watch online by visiting the LMR webpage.

Balach says the opportunity to see a performer who studied under Luciano Pavarotti and is arguably “one of the best soprano voices of our time” and is one people should not miss.

“When people hear the word opera, they think it’s for the upper class, but she is true to who she is,” she said. “I want to break the stereotype of what an opera singer has to be like, and I think Kallen, with her humble and warm personality, does that.”

Esperian, who has performed with the Metropolitan Opera and La Scala Opera, comes from comparably humble beginnings. The Armenian-American singer was born in Illinois, but now she calls Memphis home. In her twenties, Esperian, who specializes in Italian opera, won Pavarotti’s International Voice Competition. She made her debut as Mimi in “La Boheme,” and since then has performed on opera’s largest stages.

“I’m looking forward to being back in Oxford. I was there as artist in residence for the university in 2010, 2011,” Esperian said. “The film is really about the time after I left Oxford, and getting back into shape, both physically and vocally. There is always hope. And with love, anything is possible. It’s the strongest force in the world.”

Balach says the events are designed to make performing arts accessible for everyone.

“We want it to be something that anyone can afford,” she said. “Our reach is so big. We have an international viewing audience. It’s exciting to think that we’re making Oxford the portal for this type of experience and creating a bridge in the community.”

As temps warm, pipes may burst