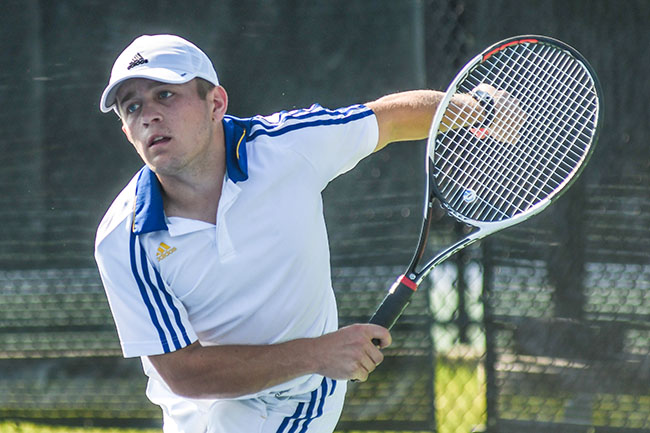 Bo Nash wanted to play tennis at the next level, so he took matters into his own hands.

The Oxford tennis player reached out to about 20 schools to inform them of his interest to potentially join their team this fall and to check their interest level. Chuck Merzbacher, head coach at University of Tennessee — Chattanooga, answered the call.

Nash signed with the Mocs on Friday during a ceremony held at the OPC building.

“Ever since we visited Chattanooga a couple years ago in a high school tennis tournament, and I like the city, at that moment I didn’t realize playing there would be an option,” Nash said. “When I really started looking at colleges they were one of the 20 I emailed and I kept emailing them. I went back up there for a pretty big tournament and I emailed (Merzbacher) and said, ‘hey, I’m playing in this tournament if you want to swing by and watch you can.'”

Merzbacher did come watch Nash play and the rest is history.

Nash has played for Oxford since the sixth grade and has been a part of six state championship teams, including winning two individual state championships himself. He will wrap up his high school career this spring and help to try and bring a history 11th state title home to the Chargers and to his father, Louis, who is Oxford’s head coach.

UT-Chattanooga is a member of the Southern Conference and compete with the likes of Wofford, Samford and Furman.

“We are excited to add Bo to our roster for next year,” Merzbacher said in a statement announcing the signing of Nash. “He is a very hard worker and tough competitor, and with this type of work ethic, he will flourish at the college level.”