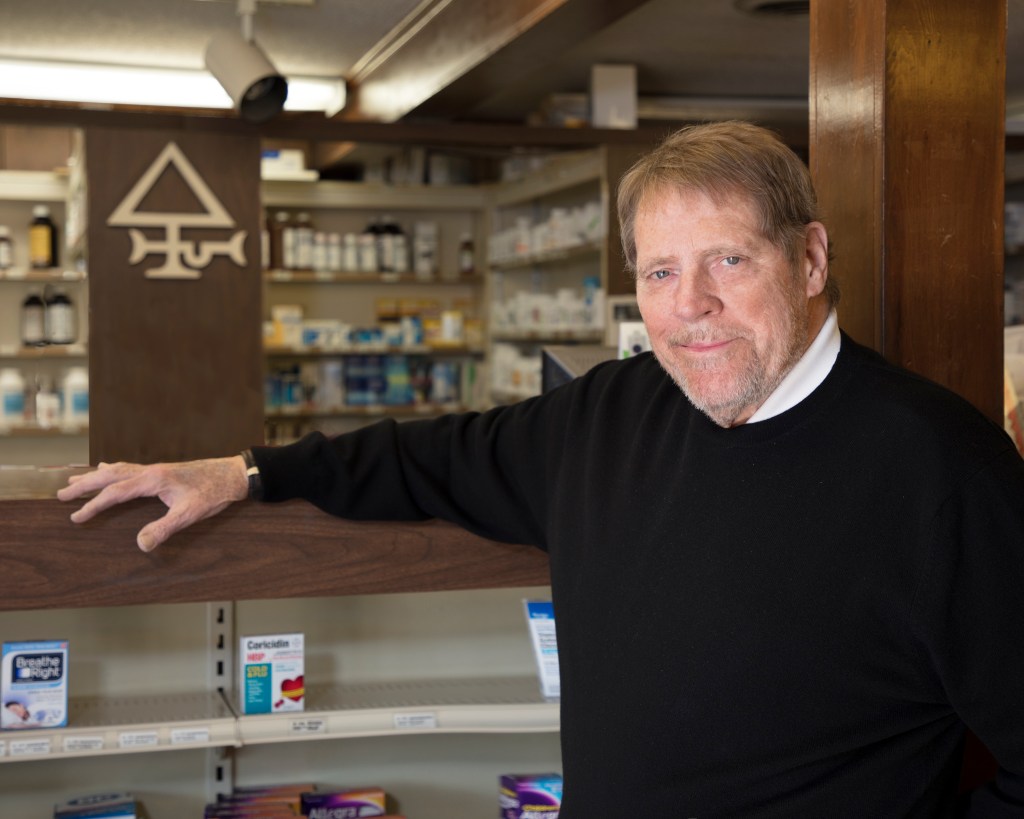 Bill McLellan has filled about 2.5 million prescriptions during his 38 years of owning G&M Pharmacy from behind this counter where he also dispensed advice, compassion and kindness to his thousands of customers. Photo by Stan O'Dell.

“Everybody that comes in G & M is teary-eyed,” said McLellan’s daughter Lynda Huggins who continues to work part-time there. “They are distraught that he won’t be there anymore. It has shocked me the amount of people who have shown so much emotion about him not being there anymore.”

F. D. “Buddy” East, Lafayette County sheriff since 1972, has been a customer most of his career. “I could not believe it when I heard it,’ East said. “I’ve been going down there ever since he was open. He’s like family to all of us. He’s helped me and about everybody in this town.”

Customers called him “Dr. Bill” because he would often be their first call for pharmaceutical or health advice. For 38 years, McLellan filled about 2.5 million prescriptions, but more importantly for his customers, he dispensed compassion, kindness and his vast pharmaceutical knowledge,

“There’s a reason people call him ‘Dr. Bill,’” said customer Debbie Verucchi. “If you had an emergency or illness with a family member, Bill always knew what to do and would take care of it until you could see the doctor. His advice was always right.”

McLellan sold the store to pharmacist Bob Lomenick, who also owns Tyson Drugs in Holly Springs, on Jan. 2. The decision to sell was heart-wrenching, McLellan said, because he did not want to abandon his customers and employees.

Now 73, and with health issues of his own, though, he finally decided it was time. 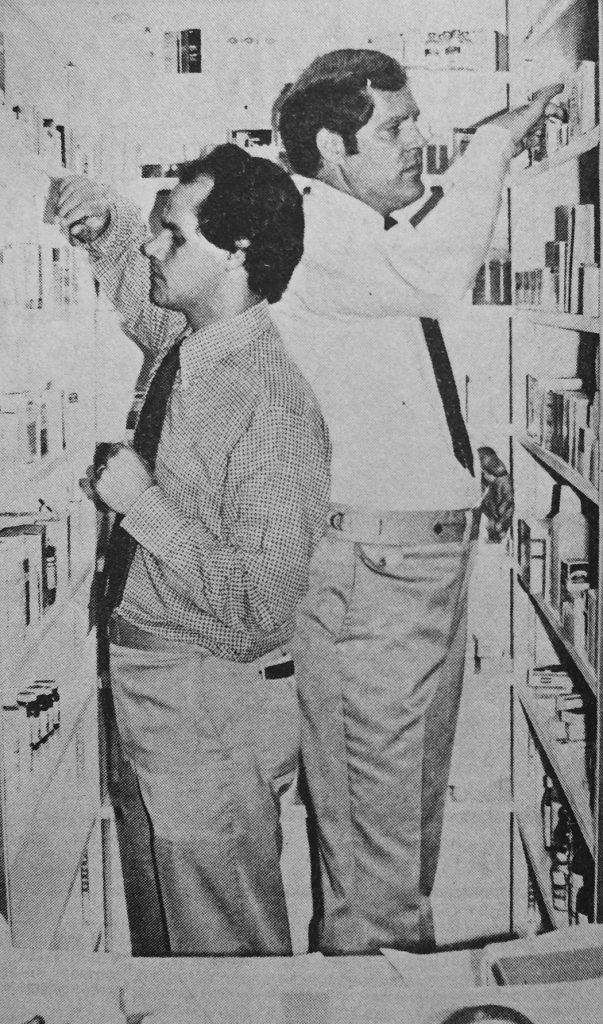 “Leaving my people is what made this decision so hard for me,” McLellan said. “I am so grateful to all my customers for the past 38 years for their support and friendship. I am also grateful to the physicians and healthcare professionals who have supported the store, and especially thankful to my staff members who committed so much time and effort to our success.”

Many of McLellan’s customers say they feel lost knowing they can no longer call on him.

“I can’t even imagine what life is going to be like without his sage advice,” said Kaye Bryant, a G&M Pharmacy customer most of her adult life. “He has been my friend, my doctor, my counselor and my first source for all things medical.”

Ole Miss Journalism Professor Dr. Samir Husni met McLellan when he and his family moved to Oxford in 1984. “He was our first and only pharmacist here,” Husni said. “What made Bill different from a lot of other pharmacists is that he never treated me or my family as just customers. He treated us more like family.”

The store’s name comes from the last names of its two founders. McLellan opened the store in 1979 with his former partner, George D, “Stump” Gilmore. When Gilmore sold his share in September 1987, McLellan became the store’s only pharmacist, but the name remained the same.

Once his partner left, McLellan stood behind the pharmacy counter for 12-hour weekdays, as well as many weekends, sacrificing time off and time with his wife and family, as well as the health of his legs. The store consumed his life.

Beginning in 2002, daughter Huggins worked with her dad three to four days a week. Many customers have asked why she did not take over the store. But after watching his long hours with no vacations or time off, she knew she did not want that load.

“G&M has been his life,” Huggins said. “He worked himself to the bone to where he almost can’t stand up because he’s worked so many years standing up. I watched my dad devote his whole life to G & M and work so hard that it was not something I wanted to do for my family and my health.”

Once he knew Huggins did not want the store, McLellan carefully searched for just the right buyer.

“I had offers from other places and some chains before, but I wanted someone who would take care of my people and this is the guy I was looking for,” McLellan said. “He has several other independent stores and he understands what I want.”

Now that the difficult decision is behind him, McLellan plans to fill one last prescription: to spend more time with his wife Alma and family.

“Alma and I are excited to have time to relax and do some travel that we have postponed for years,” he said. “I am confident I have made the right decision at the right time.”