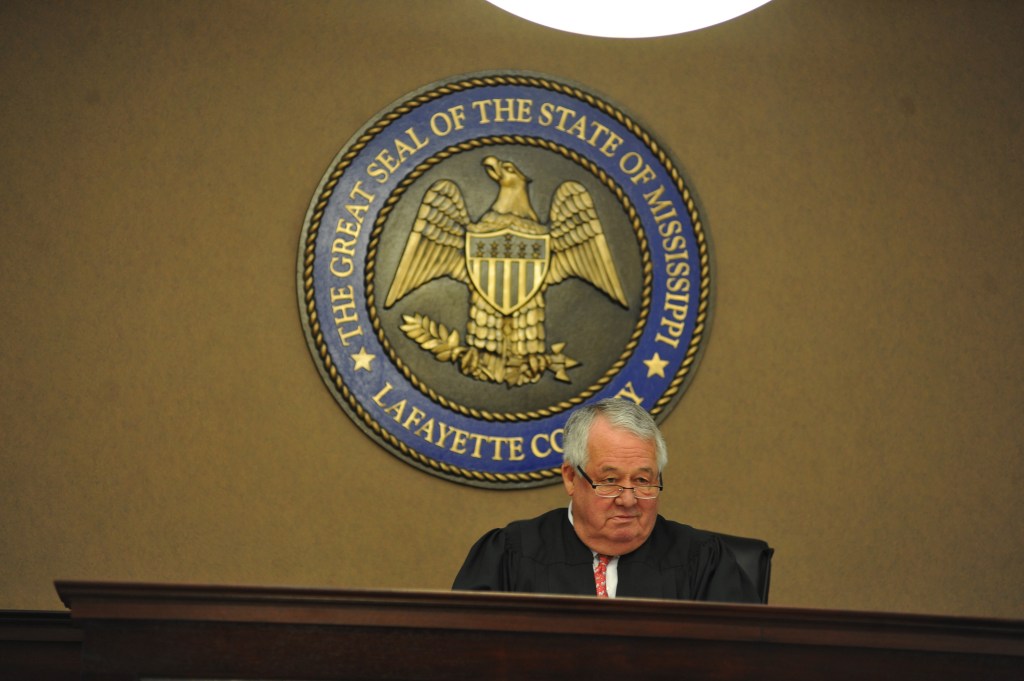 After serving as a Lafayette County Chancery Judge for almost 20 years, Judge Glenn Alderson will not be seeking re-election.

Alderson’s court administrator Robin Minyard told the EAGLE Thursday Alderson plans on retiring when his term ends at the end of the year.

Alderson, 77, has lived in Lafayette County his entire life. Married to the late Jackie Alderson for 46 years, they raised two children and have two grandchildren. He earned his Bachelor of Public Administration and Juris Doctorate from the University of Mississippi. He was a prosecuting attorney in Lafayette County from 1968 through 1984.

In 1989, he became the municipal judge in the city of Oxford until 1999 when he was elected as chancery court judge where he has remained on the Place 1 seat. He is a past president of the Oxford-Lafayette Chamber of Commerce and the Lafayette County Bar Association.

During the 2014 election year, Alderson said he was proud of the fact he never let politics to enter his courtroom.

“I have been called a ‘protector of children’s rights.’ I’ve made many noncustodial parents step up and support their children,” he said.

The qualification period for prospective judicial candidates started on Jan. 2 and runs until May 11. Since judicial races are nonpartisan, there are no primaries and candidates will be on the Nov. 6 ballot. If a runoff election is needed, it will be on Nov. 27.

Little has sat as Oxford’s Municipal Judge since 1999.

“The mayor and Board of Aldermen graciously granted a leave of absence from the duties of Municipal Judge effective April 1,” Little said. “I thank each mayor and aldermen, the city of Oxford Police Department, and especially Donna Fisher (Court Clerk), Flo Certion (court clerk’s office), Jay Chain (prosecutor) and Rick Davis (public defender).”

The Municipal Judge seat is appointed by the Board of Aldermen, who will appoint someone to act as interim judge. Should Little win the election for Chancery judge, the aldermen will appoint a permanent judge.

Place 2 Chancery Judge Bob Whitwell has qualified for re-election with no opposition as of Thursday.

In the Lafayette County Circuit Court, incumbent judges Andrew Howorth, Place 1; J. Kelly Luther, Place 2; and John A. Gregory, Place 3; have all qualified with the Mississippi Secretary of State’s Office. As of Thursday, no one else has qualified to run against all three judges.

Robinson named The Pantry Volunteer of the Year