OHS principal to become assistant superintendent; Gray to take over as principal 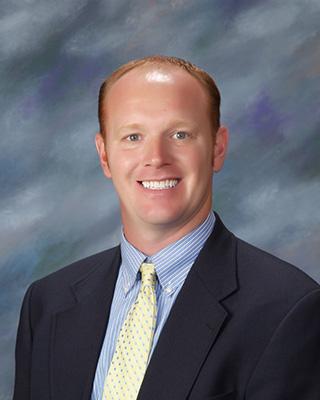 Roberson will step into his new role on July 1 and OHS vice principal Chandler Gray will become principal of OHS after only working for the district since August.

Roberson started his education career with the Oxford School District as a math teacher in 2000 and in 2001. He’s been principal at OHS since 2015.

He said he looks forward to working with Superintendent Brian Harvey.

“I have the aspiration of serving as a superintendent at some point in my professional career,” Roberson said. “Mr. Harvey is an excellent leader and I look forward to learning under his guidance.”

As assistant superintendent, one of Roberson’s main responsibilities will be secondary curriculum.

“I look forward to working with the secondary principals to create and implement a challenging and viable curriculum that best prepares our students for their college experience and careers.”

Leaving his position as principal of OHS will be bittersweet, Roberson said. While he looks forward to his future working as assistant superintendent, he will miss his day-to-day interactions with the staff, faculty and students at OHS.

“OHS has been a part of my fabric for most of my professional career,” he said. “I have had so many wonderful experiences with OHS students, teachers, and administrators over the years. I will certainly miss the people most. Everyone knows that I value relationships. Leaving such a wonderful group of people will be hard.  Oxford High School is a special place.”

However, Roberson says he is leaving OHS in very capable hand.

Gray accepted the job of principal on Monday after talking things over with his wife, Ashley and spending time praying about it. “I was approached toward the end of the first semester about taking on the position,” he said. “Of course, I was interested. When you have the opportunity to lead a school as prestigious as OHS, it’s daunting, but awesome as well.”

A 2001 graduate of the University of Mississippi, Gray has traveled a good deal during his educational career working in Florida, Georgia and more recently, in Corinth where he was director of the Corinth Technology and Innovation Center for five years. He came to Oxford High School at the start of this school year.

“Oxford and Corinth are similar in that they are both innovative and forward-thinking,” Gray said.

Gray said he’s excited to make the move to principal.

“It will be a big adjustment,” he said. “I will be moving from being part of the process to overseeing the process. I look forward to working closely with the parents. I enjoy talking to them and listening to their concerns and finding solutions.”