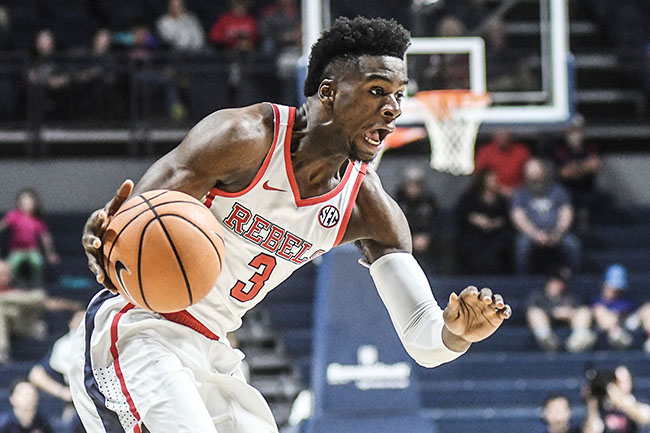 Ole Miss is still waiting to break through on the road.

The Rebels got 21 points from Deandre Burnett and a season-high 16 points from Dominik Olejniczak, but Texas’ frontline was too much for Ole Miss to overcome as the Longhorns defended their home floor with an 85-72 win Saturday at the Frank Erwin Center as part of the Big 12-SEC Challenge.

Olejniczak, who came in averaging 4.1 points, had 14 points at the half, making his first four shots and finishing the first 20 minutes 7 of 9 from the field. Burnett scored 12 of his points in the first half to keep the Rebels keep up with Texas’ big frontline.

Bamba and Osetkowsi combined for 24 points on 8 of 13 shooting and grabbed 15 rebounds in the first half for the Longhorns, who answered a Breein Tyree 3-pointer cutting Texas’ lead to one with a 9-0 run to take their first double-digit lead at 38-28 with 5:13 left in the half. Texas shot 48.5 percent from the field to maintain its distance through the break while Ole Miss shot 40 percent, including just 31.3 percent from 3-point range, in the opening 20 minutes.

Ole Miss will jump back into SEC play Tuesday at The Pavilion against Auburn. Tip is set for 8 p.m.