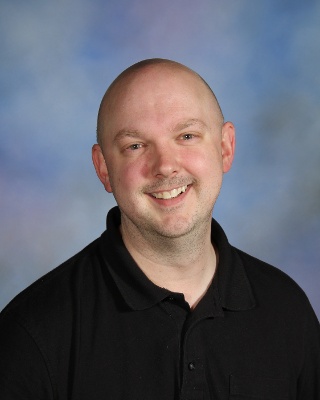 It’s only fitting that John Davenport’s 100th production at Oxford High School is “Fiddler on the Roof.”

It’s the first play he ever directed, back when he was 18 years old and a freshman at Campbellsville University in Kentucky where he grew up.

“When we realized last year that I’d hit my 100 mark this year, I wanted it to be my favorite show in the whole work, and it’s been a lot of fun to plan and execute.”

Davenport is starting his 17th year at Oxford High School as the theater teacher.

After transferring and graduating with his bachelor’s degree in theater performance, Davenport was hired by the Oxford School District at the start of the spring semester in 2001 to fill in as a theater teacher and to direct the school’s spring musical. He returned a year later to direct his second spring musical.

“I moved to Michigan after that to work for a small theater company,” he said. “While I was there, Ava Bonds asked if I’d come back down for two months to help direct the spring musical again.”

Davenport ran into a senior he had met the year prior and asked if he was taking any theater classes that semester.

“He said he didn’t take the classes because I wasn’t teaching them,” Davenport said. “That really bothered me. It was the only show they would be doing and this kid was going to leave the school and not have the opportunity. When I went back to Michigan, I started to wonder what my true calling was.”

That May, Davenport was asked by the district to return to OHS and help rebuild the theater department and work year-round at the school.

“It was part-time at first because enrollment in the classes was so low,” he said.

Now, OHS’s drama program puts on several productions a year and Davenport teaches several classes each semester that include acting and theater production.

“The production class is the backbone of the entire program,” he said. “They handle all the technical needs of the sets which is daunting now that we do four to five shows a year.”

While his students are encouraged to participate in the productions, it’s not mandatory, and students who don’t take his classes are more than welcome to audition for any show throughout the year.

“I find it’s the best way for me find new kids interested in theater,“ he said. “We want this to be a place for everybody.”

Students are rehearsing daily for the upcoming “Fiddler on the Roof” production taking place at 7:30 p.m., Feb. 15-17 at the Kayla Mize Auditorium, and the theater department is still celebrating its recent statewide win at the Mississippi Theater Association Competition where OHS won the top award, the Dominic Cunetto Award for Best Production for “The Curious Incident of the Dog in the Night-Time,” and will be advancing to the Regional High School Theatre Festival in Mobile, Ala. in March.

The school will be performing the award-winning production, “Curious Incident of the Dog in the Nighttime,” for one night only, March 6, at 7:30 p.m. at before leaving for Alabama.

Davenport believes the success of OHS’s drama department also lies with the Oxford School District and the Oxford community.

OHS principal Bradley Roberson said Davenport has made a great impact on the school.

“His keen ability to change the lives of young people through theater is a true gift,” Roberson said. “His value to our school, district and community are immeasurable. I am so thankful to have had the opportunity to work with him.”

To help commemorate Davenport’s 100th show, the OHS Theatre Arts Guild, comprised of parents, teachers and community members who serve as a support organization to the theater program, is holding a fundraiser dubbed, “100 for the 100th, where they are asking community members to donate $100 to the theater program that helps augment the school-provided theater budget to help with costs of performing five shows per season as well as assisting with travel costs for competitions and other supportive services.

Since 2007, the OHS Theatre program has been nominated five times to represent American High School Theatre for the International Fringe Festival in Edinburgh, Scotland.  TAG also helps with fundraising for those international trips.

“The 100 for 100th campaign was conceived to raise much-needed funds for the program while recognizing Mr. Davenport’s contributions to Oxford High School’s theater program and his impact on our students and the community,” said Melinda M. Redding, president of TAG.

The campaign was launched on Nov. 7, which began the 100-day countdown leading up to the opening of  “Fiddler on the Roof.”

Donations may be made online at www.oxfordsd.org/theatre. Checks can be mailed to Oxford High School Theatre Arts Guild, 101 Charger Loop, Oxford, MS 38655.