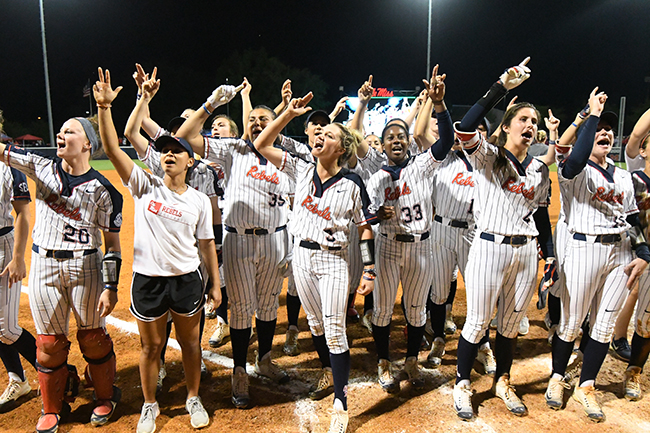 Mike Smith didn’t watch tape of the last time Ole Miss’ softball team played a game until he had to.

That game was eight months ago when the Rebels’ Cinderella season came to end in the Los Angeles Super Regional with a 1-0 loss to UCLA. Smith, the man responsible for the program’s turnaround and now in his fourth season as Ole Miss’ coach, couldn’t bring himself to watch the full replay until two weeks ago when preparing notes for a team meeting.

The agony is still fresh for an Ole Miss team that came two wins shy of getting its chance to play for a national championship and a program that had never come close to such an opportunity before the Rebels’ improbable run last season. Last season included finishing eighth in the always-competitive SEC only to become the lowest seed ever to win the conference tournament title, a regional championship as a first-time host and the program’s first-ever super regional appearance.

Ole Miss’ season ended with 43 wins, a single-season school record. Yet Smith and his players still hear the occasional doubt from outsiders about a program that finished last in the SEC just two years ago.

Can Ole Miss do it again? Can the Rebels win big consistently in arguably the nation’s toughest conference?

“There’s a lot of people that say we just got hot right there at the end of the season,” said pitcher Kaitlin Lee, who’s back for her senior season after throwing more innings than anybody in the SEC last year.

Ole Miss’ first chance to continue building on last season’s momentum comes Feb. 9 when the Rebels open the 2018 season against Penn State and Florida A&M in the Sand Dollar Classic in Gulf Shores, Alabama. But Smith and his players insist this season isn’t about proving anything to anybody other than themselves as they look for staying power in a conference that sent all 13 teams — Vanderbilt doesn’t field a softball team — to last year’s NCAA Tournament and has produced seven straight national champions or runners-up.

The Rebels were picked to finish seventh by SEC coaches in the league’s preseason poll, a spot Smith said he “figured” his team would be in given the conference’s competitiveness. The expectation is to finish higher than that, but the Rebels know they’ll have to earn it after finishing 10-14 in league play during the regular season last year.

“You just go every game at a time,” junior outfielder Kylan Becker said. “You can’t take certain teams for granted because you’re thinking about the higher-ranked team that you play next weekend. Every game counts in order to go up in rankings in the SEC.”

Ole Miss certainly has the talent to go with the experience.

With seven starters and two top arms in Lee and junior Brittany Finney back from last season, “it’s the best team I’ve ever coached hands down,” Smith said.

Becker (.375 average last season) and fellow outfielder Elantra Cox (.429), the first preseason All-SEC selections in program history, will once again pace the Rebels’ offense at the top of the lineup. Becker is moving from left field from center to fill the void left by Miranda Strother, who graduated.

Paige McKinney returns at shortstop while Kaylee Horton is back after starting 49 games at second base last season as a freshman, though Smith said Horton may move to right field with the emergence of freshman Ally Mena in the infield. Central Florida transfer Amber Gillespie is in line to take over for the departed Courtney Syrett at catcher and will be expected to help give the Rebels a boost in the power department after Ole Miss hit just 32 home runs in 63 games last season.

“We have a lot more power than we’ve had before,” Smith said.

Lee went 23-11 with a 1.82 earned run average last season, hurling 27 complete games and 10 shutouts. She logged a whopping 249 2/3 innings — 176 more than anybody else on Ole Miss’ team — a workload Smith would like to lighten this spring for the right-hander.

That’s where Finney, whom Smith said “probably had the best fall of anybody,” comes in. The 6-foot-1 right-hander started six games last season, including the super regional finale, and posted a 1.80 ERA in 42 2/3 innings but could see her innings go up significantly this spring.

Sophomore Morgan Bruce and seniors Alyssa Clayton and Elisha Jahnke are other options while freshmen Anna Morgan and Ava Tillmann could also get some innings this spring to help provide more depth in the circle, Smith said.

“I think when you have an opportunity to use a pitching staff, I think that’s when you’re going to be successful,” Smith said.

Less than two weeks out from its opener, Ole Miss’ combination of veterans and new faces isn’t as far along collectively as Smith would like, but he doesn’t necessarily see that as a bad thing. The most important thing to Smith is to create what he called “controlled chaos” for his players during practice so that they’re better prepared for the same situations once the games start.

“When we do something wrong, we try to fix it and try to get them to understand why we’re doing it,” said Smith. “Not just telling them why, but asking them, ‘OK, why are we doing this and for what reason?’ So they understand that concept so when it happens again, let’s make sure we’re doing it the right way. Then you have to start getting on them when we’re starting to make those mistakes and put a little bit of pressure on them.”

It’s part of a more detailed-oriented approach the Rebels are counting on to keep the wins coming and help them take one final step as a program.

“Some of the Ole Miss naysayers are thinking we’re a one-hit wonder,” Smith said. “I think we’re just trying to prove to ourselves that we can do this consistently. Great teams are about being consistent.”

Said Lee, “We’ve got a lot of talent on this team. We’ve got to mesh well, be consistent, do the small details over and over again. I think we should be in the College World Series.” 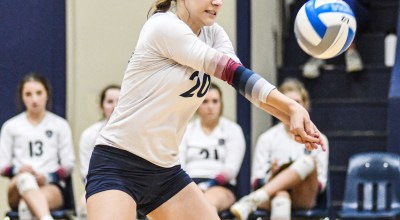