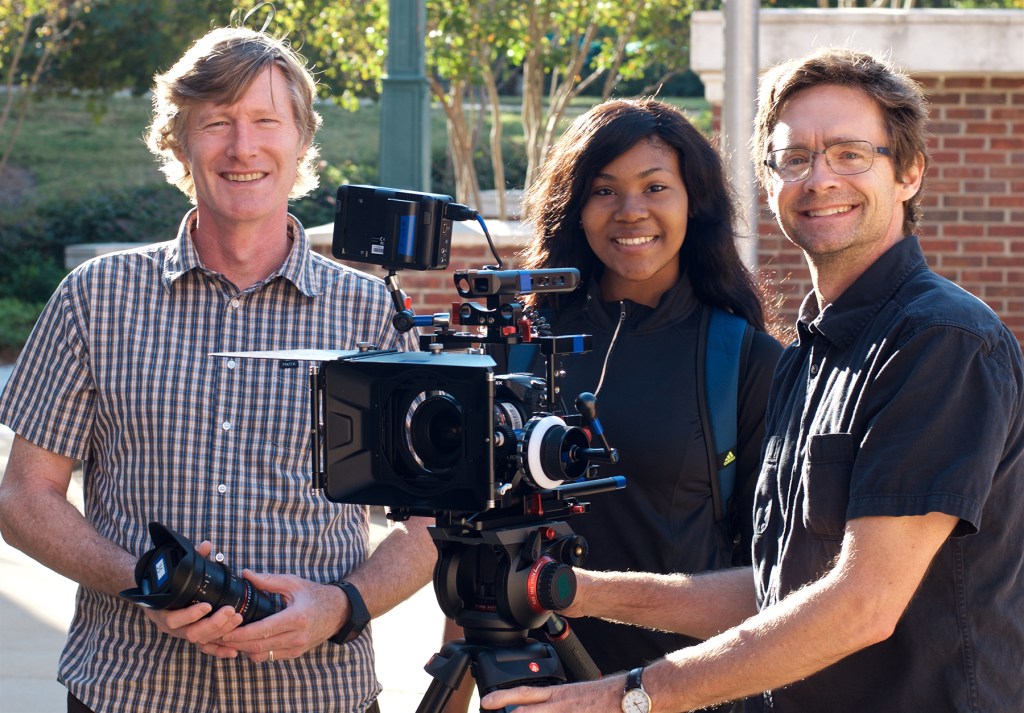 The University of Mississippi Theatre Department recently announced the addition of a film major.

With the addition of a Bachelor’s of Fine Arts in Film degree comes a new department name – the Department of Theatre and Film. The program will begin in Fall 2018, and applications are due in March.

The program is the brainchild of theatre arts professors Alan Arrivee and Harrison Witt. Witt says adding the BFA film program to the theatre department is a process that was years in the making.

“There was a lot of interest in film, I think it was about 6 or 7 years ago, and the cinema minor was started. Alan Arrivee started that and he’s the director right now,” Witt said. “It very quickly became the most popular minor in the college of liberal arts.”

Seeing that response, Arrivee collaborated with the other department directors, who decided to incorporate a filmmaking curriculum into the department.

“The cinema minor started with 11 students interested, then grew to something like 92 students in the minor. It’s the largest interdisciplinary minor at our university,” he said. “That gave us, in way, leverage to suggest that we have a filmmaking program in the college of liberal arts.”

Incorporating the filmmaking major into the theatre department as opposed to another department is a strategic move that Witt says will make Ole Miss more appealing to prospective students.

“The really cool thing is, if you look at the rest of the Southeastern Conference, we’re going to be the premier film production program,” Witt said. “A surprising detail is there are very few programs in the whole country that have film and theatre together. Almost all of the film programs are in communications and broadcast journalism. Those are all important subjects, but film as we do it in theatres or on television, is all about narrative and telling stories with actors. I think there are maybe 20 of these types of programs in the country.”

Arrivee says blending filmmaking with theatre will be mutually beneficial to both departments.

“There are obvious correlations between theatre and film,” he said. “They’re all told through some kind of frame, whether it’s a proscenium stage or a television screen. There’s a lot of connection now in the industry, and that’s what we’re trying to reflect.”

The intensive four-year program will have a maximum of 16 students in each new class, which will allow for specialized attention within the program.

For senior theatre major Matt Bosley, he says the new film program will bring more aspiring filmmakers to the school.

“I grew up just outside of Memphis and there is a rapidly growing interest in film there. It’s an industry that just keeps getting bigger and keeps attracting more and more people,” Bosley said. “This major will give students a very hands-on, practical approach to film production and will let students cultivate their own ideas for films. When a student finishes this program, they will have a lot of films to their name.”

Witt says the opportunity to create films in a hands-on environment is something he takes very seriously.

“Since I got here, we’ve probably carried in well over $100 thousand of new equipment from different places,” he said. “A good friend of mine who works in the film business in Austin, Texas, donated about $50 thousand worth of production gear. I drove down to Austin in a U-Haul and brought it back up here.”

The program has also invested in new cameras, tripods and lenses, and with the help of the dean, recently opened a state-of-the-art editing lab. The lab, located in Isom Hall, features 17 brand new computers loaded with the latest editing software.

With Oxford Film Festival coming up this month, Witt, Arrivee and the film students say they are eager to gain experience for future projects through the program. Hannah Byrom, a senior film minor, says she hopes the major will grow into a place where students can get hands-on experience in a constructive learning environment.

“Film majors will definitely receive a thorough education on how to go about making short films, so I would say yes, they will probably have a leg up on the competition at festivals and contests,” she said. “[Witt] speaks from experience and gives us examples of all the differences that can occur between the classroom and the studio, and gives wonderful tips on how to navigate those differences and challenges.”

“Oxford Film Festival is a great resource for the community and students here at Ole Miss,” he said. “The great thing about the film festival is, it gives our students access to filmmakers from all over the world.”

At the end of the day, Arrivee says his goal is, and has always been, to advance filmmaking as both an art and career for the students.

“We want students to have numerous opportunities to produce, direct, shoot and design their own films, because ostensibly they could enter the industry and be prepared to work,” he said. “We want people to be able to go into the industry.”

For more information on the BFA in Film program, visit theatre.olemiss.edu.