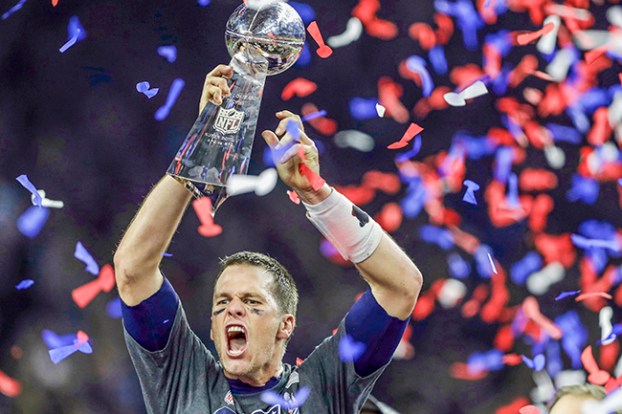 NFL Super Bowl 2018 start time today is 5:30 p.m central time. TV channel is NBC, which is also live streaming the game. Now, all you need to know is: What team should I bet on for the Super Bowl this year? New England Patriots or Philadelphia Eagles?

The Associated Press has your Super Bowl 2018 prediction here and you can see the exact pick near the end of this story:

America loves comeback stories, the last-to-first variety that features new stars, big plays and a monumental triumph at the end.

That would be the tale of the Philadelphia Eagles if they win Sunday’s Super Bowl.

The oddsmakers don’t see it happening and have installed the New England Patriots — yes, them again — as 4½-point favorites.

Give Philly its due, however: The Eagles have a strong chance of winning their first NFL crown since 1960 and their first Lombardi Trophy.

Will they? Read on.

“It’s the next-man-up mentality,” Pederson says. “It also means that you have some veteran players that keep things together, and good coaching staffs. I think it’s a tribute to the players and everyone involved that they can keep things going even through that adversity.”

Philadelphia has not yielded a point in the second half of either playoff game. It put 31 on the stingiest scoring defense in the league, and threw in a defensive TD in routing Minnesota for the NFC championship. Its backup quarterback, Nick Foles, has been everything from solid to spectacular in his career playoff games.

The Eagles can disrupt Tom Brady with a fierce pass rush up front, led by Fletcher Cox, who has been the best defensive player in the entire postseason. They have threats on offense in the passing game and at running back.

And they are facing a New England squad that has not been as powerful as some of the teams Brady has led in seven previous Super Bowls, going 5-2.

Yet, don’t be misled. These are still the Patriots, probably the most resourceful group of athletes on the planet. They make big plays, not only thanks to Brady’s arm but on a defense that only recently began getting the praise it warrants.

Plus, they have all that experience in the big game, bringing 31 players back from last year’s championship roster.

“We know what to expect, but at the end of the day, you’ve got to perform,” linebacker Kyle Van Noy said. “So there’s really no upper hand. You’ve got to just play the game and get ready for it and play at a high level.”

New England doesn’t always do that in the Super Bowl. Recall last February’s first 40 minutes or so, when it was down 28-3 to Atlanta before the Falcons stopped charging and Brady led an historic rally.

The one consistency about the Patriots is that they play close Super Bowls. The total difference in scoring in those seven games is 12 points: Patriots 169, opponents 157.

So do they pull out another close one, or does Philly complete its uplifting saga?

It all comes down to one thing: which team has Brady.