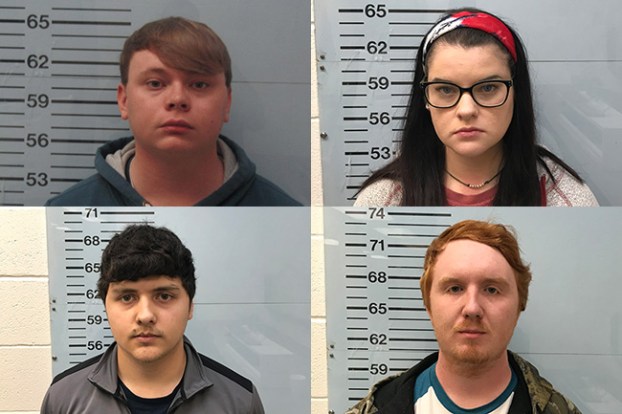 The Oxford Police Department was called to the former Mr. Feathers at 10 Thacker Road on Jan. 31 to take a theft report.

The management reported that an Ole Miss memorabilia headstone valued at $1,500 was taken from the property.

Investigators were able to identify 20-year-old Kelli Ann Camp of Oxford, 19-year-old Jose Meraz of Coldwater, 19-year-old Nathan Moss of Grenada, and 20-year-old Brandon Byrd of Southaven as the ones who allegedly stole the headstone.

The four surrendered themselves to the OPD on Tuesday and agreed to return the headstone.

They were all taken to the Lafayette County Detention Center where they were charged with grand larceny and booked on $1,500 bonds.