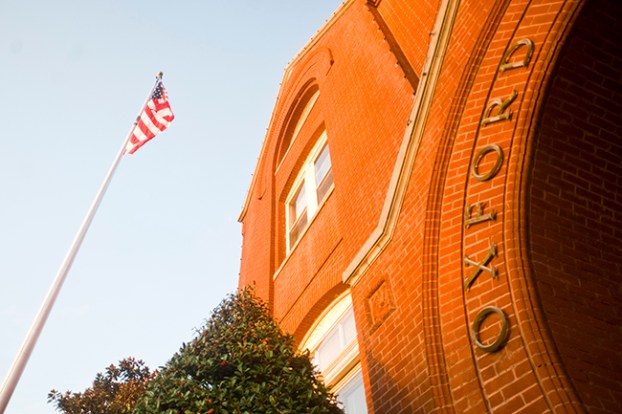 The first reading of an ordinance to enlarge the city limits of Oxford by 12 square miles was taken off the Oxford Board of Aldermen agenda Tuesday night to allow citizens more time to review corrected versions of the map.

Two small changes were made to the originally proposed map after the aldermen reviewed them last month. An area off of Highway 7 South was removed from the proposed annexation area and another area off Highway 334 was added to the proposed area for annexation.

The updated annexation map will be uploaded to the city’s website within the next few days.

The maps of each section proposed for annexation will be blown up and city planners and other officials will be on hand to answer questions.

Alderman John Morgan asked if there would be anyone there to answer tax-related questions.

City Clerk Ashley Atkinson said she would bring her computer to the public viewing.

“I can give them exact numbers,” she said at the meeting Tuesday.

If the city annexes all the land on the proposed map, it would add 12 square miles to the city. Currently, Oxford is 16 square miles. The population would increase by 3,600 people. Much of the proposed annexation areas are undeveloped.

Alderman Janice Antonow said she thinks it was a good idea to delay the first reading until after the public meeting on the 15th.

“I’ve been hearing from some people that they feel rushed and they have a lot of questions,” she said.

Mike Slaughter of Slaughter and Associates in Oxford, an urban planning consulting firm who was hired by the city to examine potential annexation areas, said he and his staff will also be at the public meeting.

“We will be prepared to answer as many questions as we can, and if there’s one we can’t answer right away, we’ll get the answer,” he said.

The first reading of the ordinance to move forward with the annexation will take place during the aldermen’s Feb. 20 regular meeting. A public hearing and second reading will be held on March 6, with the vote expected to take place on March 20.