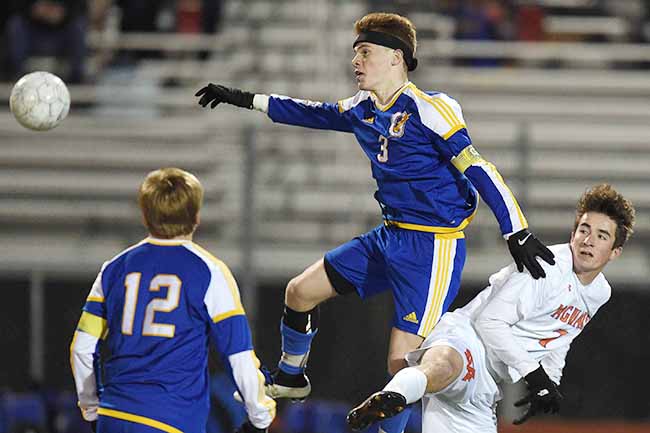 There is no such thing as moral victories in sports.

But heading into the season as a 6A school Oxford was in ‘see where you stand’ mode.

The Chargers proved they belonged in the same arena the big boys, but came up short with a 2-0 loss to Madison Central in the first round of the MHSAA Boys Class 6A soccer playoffs that ended Oxford’s season.

The Jaguars (15-2-1) will travel to face the winner of the Clinton-Southaven game on Saturday in the second round.

“I felt like the guys played a great match of soccer unfortunately an early penalty kick set the tone early for them,” said Oxford coach Charles Sabatier. “That right there had us fighting up hill for the rest of the game.”

The match was fairly even throughout the game with each team having possessing the ball about the same amount of time.

“We kind of had more possession of the ball in the first half and they did the second half due to the wind at our backs,” Sabatier said. “So it what it is. We belong in 6A. We lost by one goal to each 6A school until tonight. We will bounce back and try to make another run next year.”

Oxford (17-5-2) only managed five shots on goal and just one scoring chance on a cross from Thomas Mayo and Davis Carwyle’s shot just went wide of the near side post.

Madison Central would score first on a penalty kick by Cale Nation in the seventh minute after a hand ball penalty was called in the box.

Daniel Chung would add the other goal for the Jaguars on a break away in the 76th minute to seal it.

“I think the penalty kick changed the tempo for us early because I felt Oxford was dominating the game to start,” said Madison Central coach Cecil Hinds. “It is all about survive and advance at this point and we are fortunately moving on against a good team.”