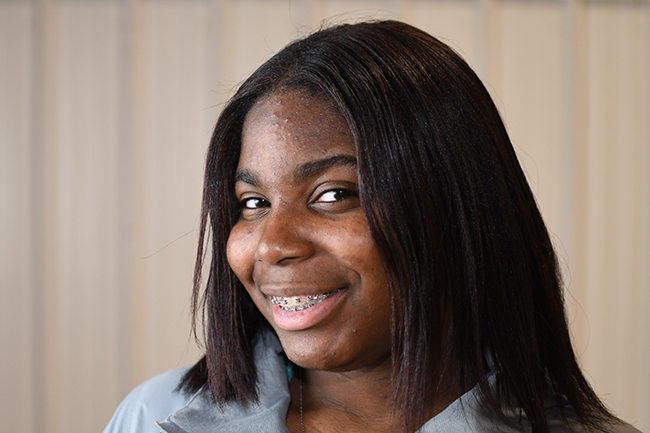 Seeking something fun to do during a quiet summer in 2014, Jayla Price joined the Oxford Boys & Girls Club when she was 12 years old.

Four years later, Price was awarded the club’s top honor as Youth of the Year.

The now-16-year-old Oxford High School sophomore beat out four other Boys and Girls Club members who competed for the award in late January.

Price had to write three essays on her experiences with the Boys and Girls Club, her vision for American youth and her personal brand and then travel to Tupelo to be questioned by judges.

“After all the scores were added up, they called me back in to tell me I had the highest score,” Price told the EAGLE Wednesday.

Price won $250 and will now move onto the state competition in Jackson on Feb. 28 where she will compete against 18 other regional winners. If she wins, she’ll receive a $5,000 scholarship that will renew every year for four years. If she’s successful at the state level, she’ll move onto the national competition where she’ll compete for a $10,000 scholarship that renews every four years.

Price still spends every day at the Boys and Girls Club, helping the younger participants with homework or helping the adult instructors at the club.

She serves as president of the Excel Club, which is the youth division of the Oxford Exchange Club and held at the Boys and Girls Club. The group focuses on community service programs that serve area children, the elderly and local veterans.

The daughter of Shawanda Driver, Price said her mother and family have inspired to always aim high.

“They push me to do great things,” she said, “to stay focused and not let anything distract me from always doing the right things.”

“I like helping people and making them feel good,” she said.

Oxford Boys and Girls Club Director Kenorus Wilson said Price is a unique, generous and kindhearted individual who has grown into a true leader during her time at the club.

“I’ve watched her mature from a soft-spoken and shy individual to a productive and energetic leader to her peers,” he said. “She overcame many adversities leading up to the Youth of the Year competition which strengthened her character and enhanced her personality. She is currently preparing to compete in the state level of the competition in Jackson, nevertheless, I told her she won the battle before any application was filled out or essay was written.”