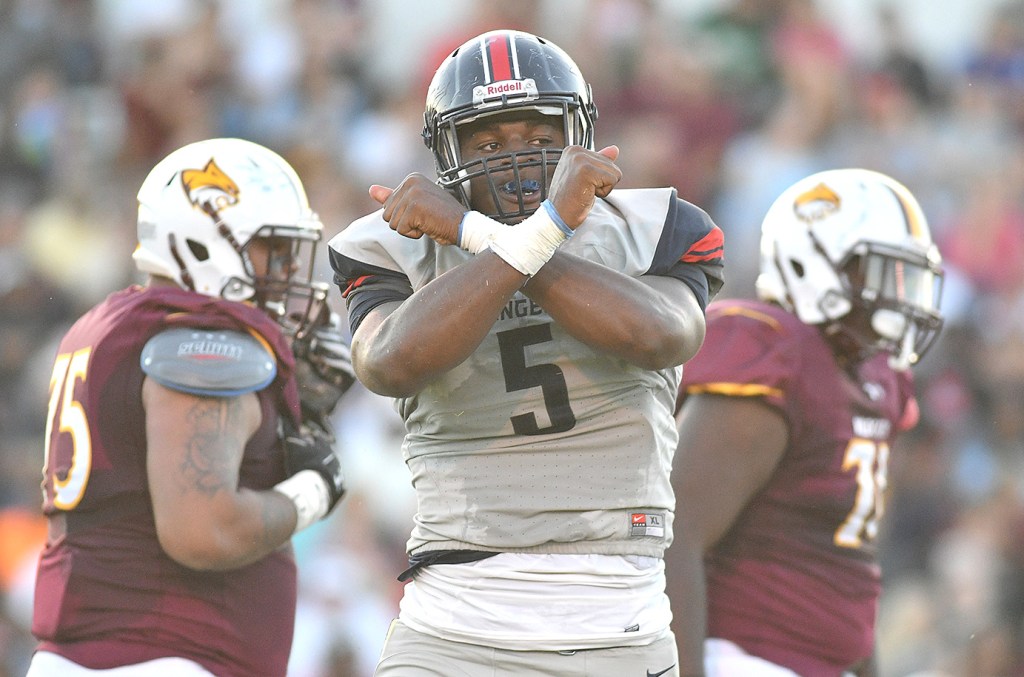 Ole Miss has a trio of former signees back in the fold for its 2019 recruiting class.

Northwest Mississippi Community College teammates JaVonta Payton and Tariqious Tisdale committed to the Rebels on Thursday. Payton and Tisdale announced their verbal pledges with posts to their Twitter accounts less than 24 hours after Jones County Junior College cornerback Jamar Richardson did the same just hours after Ole Miss wrapped up its 2018 class Wednesday.

Payton’s commitment comes a year after the Nashville, Tennessee native originally signed with Ole Miss but failed to qualify academically. A consensus three-star prospect coming out of Nashville’s Hillsboro High last year, the 6-foot-2, 180-pound receiver caught 44 passes for 509 yards and nine touchdowns as a freshman at NWCC this past season.

Tisdale also ended up at NWCC after originally signing with the Rebels in 2016 out of Lexington (Tennessee) High. The 6-5, 280-pound defensive lineman had 31 tackles, 11 tackles for loss, five sacks and seven hurries as a redshirt freshman for the Rangers.

“Ole Miss has felt like home to me since I was in high school and (their) coaching staff there has never gave up on (me) even when I had to take the JuCo route that set me back for a Major Comeback,” part of Tisdale’s post read.

Richardson, a three-star prospect coming out of Aliceville (Alabama) High, joined Payton in Ole Miss’ 2017 signing class before ending up at Jones County JC. The 6-0, 172-pound Richardson played in all 10 games for the Bobcats this past season, finishing with 25 tackles, one sack, a forced fumble and a fumble recovery.

I would like to thank god for giving me this opportunity & blessings me with the talent. I am committing to the University Of Mississippi. Thank you Ole Miss coaches, my coaches at Northwest & my parents in believing in me. HOTTY TODDY??. @PeelsJP @CoachMattLuke pic.twitter.com/2KYlVDV57Z

All Glory to the man above! I’m coming home! I’m 110% committed! #HottyToddy ?? pic.twitter.com/ngw2Msn6GU