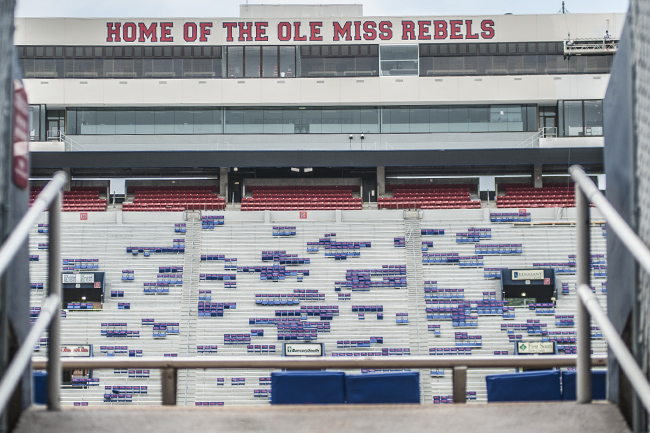 Southeastern Conference commissioner Greg Sankey on Wednesday warned Ole Miss and Mississippi State of the repercussions a proposed gun bill that seeks to allow anybody who has an enhanced firearms licence to carry guns on public property, including public universities, would have on the schools’ athletic events.

In a letter to Ole Miss Chancellor Jeffrey Vitter and MSU President Mark Keenum, Sankey wrote that if Mississippi House Bill 1083 allows weapons to be permitted in college sports venues, “it is likely that competitors will decline opportunities to play in Oxford and Starkville, game officials will decline assignments, personal safety concerns will be used against Mississippi’s universities during the recruiting process and fan attendance will be negatively impacted.”

The bill, which would also allow anyone with that kind of permit to sue if they’re prevented from carrying on public property, has passed the Mississippi House of Representatives and will now go to the state Senate.

In a statement released Wednesday, Vitter said the state’s Institutions of Higher Learning implemented a policy two years ago that allowed universities to prohibit guns in specific non-campus areas. But if the proposed legislation passes the Senate and is signed into law, it would override any IHL and university policies.

Vitter urged state legislators to consider the potential safety issues that would come with such a bill.

“It would put our campus community, law enforcement and first responders at great risk by allowing weapons in sensitive places such as classrooms, hospitals, clinics and athletic and performance venues,” Vitter said.

Sankey said the conference would like to see athletic events and sports venues exempted from the proposed bill. Should that not happen if the bill becomes a law, he wrote that the SEC would consider modifying its regulations and bylaws concerning scheduling, safety and officiating.

“The SEC’s universities work closely with public safety officials to ensure the safety of participants and fans in our competitive venues,” Sankey wrote. “We will continue to closely monitor the status of House Bill 1083.”