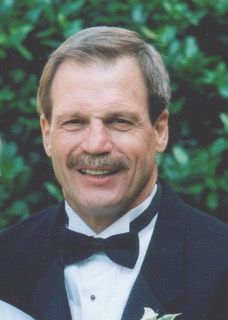 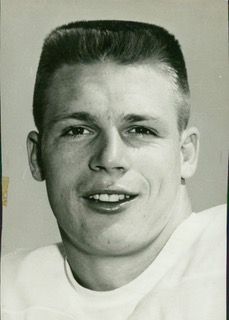 James Lee “Cowboy” Woodruff, 79, of Milton, Fla., passed away at PruittHealth – Santa Rosa on Feb. 7, 2018, after fighting a long and courageous battle with cancer. He was born in Batesville, Miss. on Sept. 14, 1938, the son of Lee Thorton Woodruff, who was also known as “Cowboy” and from whom his son inherited that nickname, and Sara Boothe Carothers Woodruff, later Sara Boothe Carothers Vance.

Cowboy had an exciting and memorable football career with the Rebels, lettering three years in track and football. During his sophomore year Ole Miss defeated Texas in the Sugar Bowl, in his junior year they defeated Florida in the Gator Bowl, and in his senior year (1959) he scored a pivotal touchdown in the Rebels defeat over LSU in the Sugar Bowl. The 1959 Ole Miss team had a 10-1 record, gave up only 21 points the entire season, and were declared national champions by three selectors, including the Sagarin Ratings computer ranking system later used by the Bowl Championship Series and USA Today.

After graduating from Ole Miss with an engineering degree, Cowboy played in the 1960 Senior Bowl. He then played professional football in 1960 with the Edmonton Eskimos, including participating in the Grey Cup, which is the Canadian championship.

In his free time, Cowboy enjoyed tennis, golf, bible study, bridge, investments, and laughing over stories of the antics of his children and grandchildren. While living in Memphis, he was an active member of Central Church, where he came to know the Lord in 1985, and he became an active member of Olive Baptist Church in Pensacola when he retired. He loved international travel, and one of the most exciting and meaningful events in his life was being baptized in the Holy Land.

There will be a memorial service to celebrate his life on Saturday, Feb. 17, 2018, in Batesville at 2 p.m. at the First United Methodist Church with Jerry Totty delivering the celebration of life message. Visitation will be held prior to the service beginning at 12:30 p.m.

It was Cowboy’s desire to have his body cremated and for his ashes to be interred at Batesville-Magnolia Cemetery in a burial plot adjoining his mother’s grave.

Memorials may be made to the Cystic Fibrosis Foundation at 1907 Dunbarton Drive, Suite C, Jackson, MS 39216, or via its website at www.cff.org; or to the University of Mississippi Foundation, with the J. W. “Wobble” Davidson Scholarship Fund noted on the memo line, 406 University Avenue, Oxford, MS 38655; or call 662-915-5944 for instructions to make an online contribution.