Lafayette’s season ends with second round loss to Olive Branch 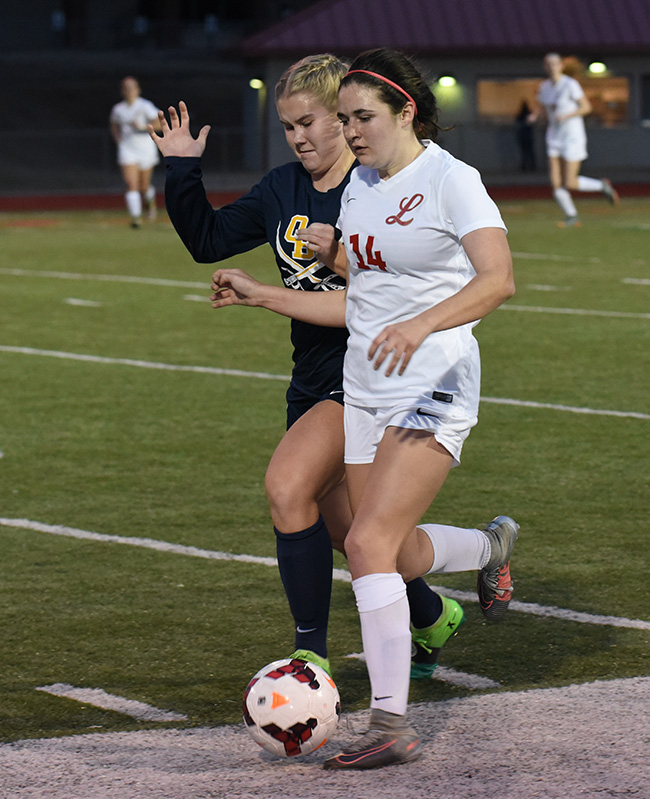 Lafayette dominated in every facet of their game against Olive Branch on Friday night except for one, the scoreboard.

The Lady Conquistadors defeated the Lady Commodores 2-1 in their second round match of the Class 5A playoffs held at William L. Buford Stadium. Olive Branch advances to the 5A North Half match on Saturday against the winner of Germantown and Grenada.

For Lafayette the season ends and it is time to look ahead to next season in November.

“When we played (Olive Branch) last time, the way we beat (goalkeeper McKenze McCarthy) was getting the ball across early and they did a good job of solving that,” Lafayette coach Melinda Scruggs said. “We definitely had so many chances that we were not able to put away and that was a little disappointing. I’m proud that we fought to the very end.”

The Commodores (17-7) were very much the aggressor in the opening half, out-shooting Olive Branch 16-4 with 10 of those on goal.

Halle Moore got things started with a goal in the 1oth minute to put Lafayette up 1-0 early. The Commdores’ defense managed to keep the one-goal advantage until Sierra Gray got one past Commodore goalkeeper Laurie Branch in the 38th minute.

Lafayette continued to put the pressure on McCarthy and the Olive Branch (12-6-1) defense but could never get one past them and into the net. On the other side of that coin the Lady Conquistadors took advantage of a ball getting past the Lafayette defense in the 59th minute, taking the lead off an Abby Long goal.

It was all the cushion Olive Branch would need.

“I think (their gameplan) was about the same (in the second half) just, unfortunately, they got one to go in and we didn’t,” Scruggs said. “That was the bottom line. …We kind of helped them in that area. We were making mistakes and not necessarily playing our game. We started panicking and just hitting the ball instead of playing it.”

Midway through the second half Lafayette lost a key player when Emma Wilson collided with another player and suffered a major cut over her right eye. She did not return to the match and the Commodores had to play without one of their key midfielders.