Oxford could see a record amount of rainfall this month 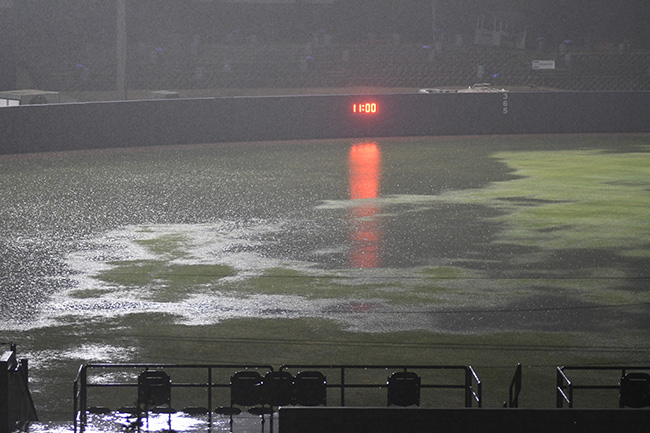 More rain is expected over the next week, which could cause some minor flooding throughout Lafayette County.

The average amount of rainfall in Oxford during the month of February is 2.77 inches, according to the National Weather Service.

“So far this month, Oxford has had 8.99 inches of rain,” said Meteorologist William Churchill.

The record rainfall for February in Oxford was in 1948 when 9.93 inches of rain soaked the area.

Another 2 to 3 inches of rain is expected to fall in Oxford and Lafayette County over the next several days.

“We will likely see more of the same wet weather throughout the rest of the month, which could exasperate flooding with the ground already being so saturated.”

Heavy rain can often cause a lot of mud.

On Wednesday, the Oxford Fire Department responded to the Brittany Woods subdivision where a 13-year-old child was stuck in mud up to his knees. Firefighters helped lift the child out of the mud.

“We had to shut down one road, County Road 105, off Old Sardis Road, which is often subject to flooding,” he said Thursday.

“I don’t see that as an immediate threat right now though,” Quarles said.

There’s a 30 percent or higher chance of rain every day through at least Thursday, according to the NWS.

If local roads become flooded, the Mississippi Department of Transportation warns drivers against attempting to drive through flooded roads and encourages drivers to turn around when they approach a road that is covered in water.