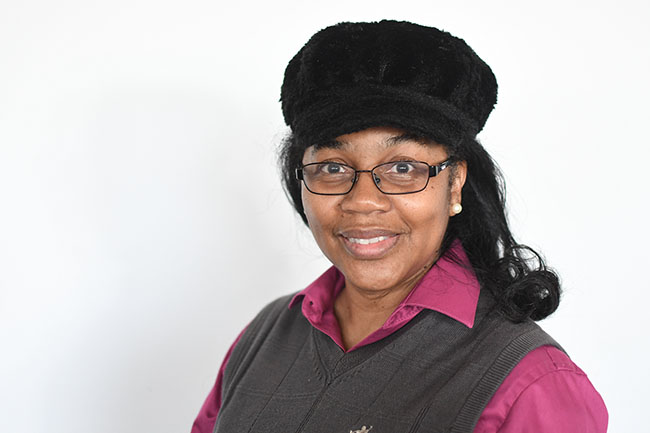 Donna Fisher, in Oxford, Miss. on Friday, February 23, 2018, is the Municipal Court Clerk for Oxford.

During Black History Month, the EAGLE is profiling local African-American community leaders. This week, the EAGLE sat down with Oxford Municipal Court Clerk Donna Fisher who has served as clerk for 33 years.

The youngest of seven children, Donna Fisher always had someone looking out for her. However, for last 33 years, she’s been looking out for the thousands of Oxford residents who have come through the Oxford Municipal Court.

“As the court clerk, we interact daily with a highly diverse group of individuals,” she said. “The individuals that we encounter have a myriad of backgrounds and issues. As a public servant, I have an opportunity to serve, encourage and – hopefully – have a positive impact on their lives.”

Fisher started working at City Hall in 1981 as part of the Vocational Office Training Class offered at the B&I Complex while she was a senior in high school. After graduating from Lafayette High School in 1982, she continued working for the city and enrolled a the University of Mississippi. She was hired in 1985 to serve as Municipal Court Clerk under the late Mayor John Leslie. Judge Dwight Ball was the presiding municipal judge.

“At the time, I was one of the youngest, African American court clerks in the state,” she said.

She earned her bachelor’s degree in general business from Ole Miss in 1993.

Born and raised in Lafayette County, she’s the daughter of the late Otis and Martha Wortham. She credits her parents and siblings for keeping her “humble, grounded and on track.”

“Being the youngest, they were always looking out for me and taking care me,” she said. “My mother instilled in us a strong faith in God, strong work ethic and encouraged us to always treat people the way that you want to be treated. She was a remarkable woman and she remains my greatest inspiration in becoming who and what I am today. She always encouraged me, even when I thought that I couldn’t or wouldn’t make it – she never allowed me to give up.”

When she isn’t working, she’s an avid reader – John Grisham, Sidney Sheldon and Joyce Meyers are some of her favorite authors. She also enjoys watching classic movies on the American Movie Classics and Turner Classic Movies television stations.

“My treat to myself after a busy Wednesday of court is to indulge in a waffle cone from Chaney’s or a large sweet tea from McDonald’s,” she said. “My mental wind-down is daydreaming of one day going to Hawaii – my absolute dream vacation.”