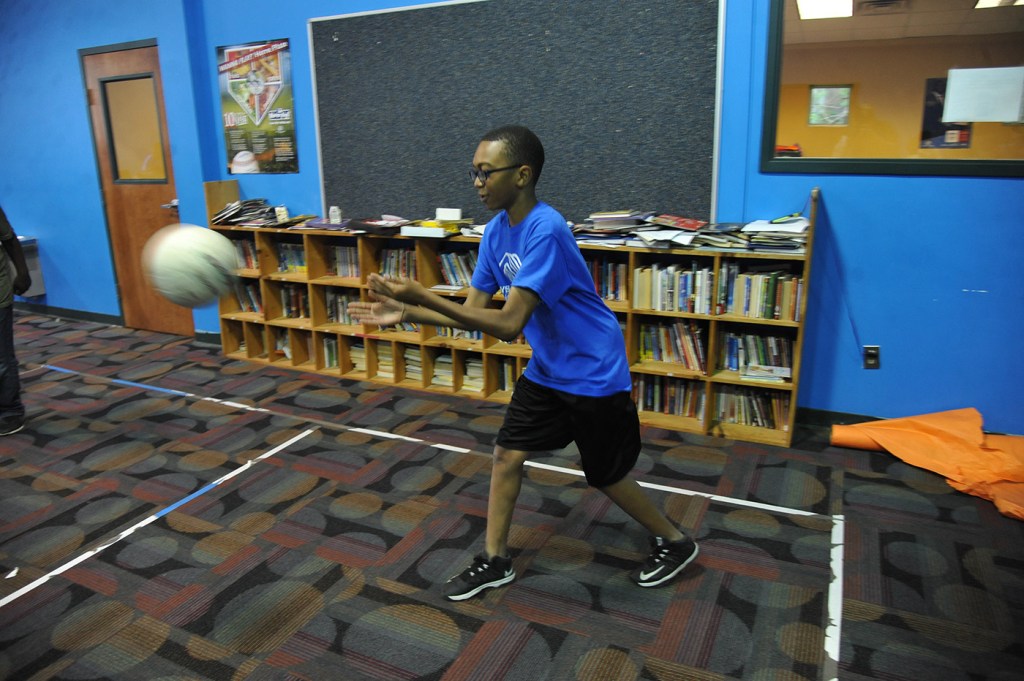 Jeremiah Moore plays four square at the Boys and Girls Club, in Oxford, Miss. on Wednesday, May 18, 2016.

The LOU Barksdale Boys and Girls Club is asking for the community’s help to allow the after-school program to continue caring for and nurturing Oxford’s future.

On most days, an average of about 180 kids can be found at the clubhouse on Washington Avenue after school, working on homework or participating in one of several enrichment activities and programs – and just having fun.

Enrollment for the program fills up quickly each year and there’s always a waiting list. There are 265 children currently registered with the program, but not all the children go each day.

However, as the club grows, so does the expenses to run the club.

“It costs an estimated $2,800 per kid annually to run the club,” said Jared Myers, president of the Boys & Girls Club Board of Directors. “The club only charges $25 per child, per semester and about $175 for the summer program.”

The program relies on local, state and federal grants, as long as private donations from individuals and businesses, and other nonprofit programs like the United Way.

“We’ve had cuts in the amount we get from state and federal grants,” Myers said.

This year, the city of Oxford granted the program $15,000 to help cover its utility bills for the year. It was the first time the city has contributed to the program.

The Boys & Girls Club is launching it’s official fundraising campaign today and will begin asking for donations by word of mouth, making visits and phone calls to businesses and putting out the call for help on its social media platforms.

“This is our biggest fundraisers of the year,” Myers said. “The funds will help keep the clubhouse open, provide programs and pay for staff.”

Wilson said the money raised will also help pay for gas and maintenance of the club’s vans that are used to pick up Lafayette County children from the school campus and bring them to the clubhouse. City children are bused via the school district to the club.

“They know their kids are in a fun, safe environment and they don’t mind going the extra mile,” Wilson said. “The parents want them to do their homework, the kids want to have fun and we provide both things.”

“Not just academically, but as productive members of the community,” he said.

The program relies heavily on volunteers from various groups from the University of Mississippi, including College Corps, Family Literacy and Teachers of Tomorrow. However, the program still needs to employ about a dozen program staff members by law to manage each age group.