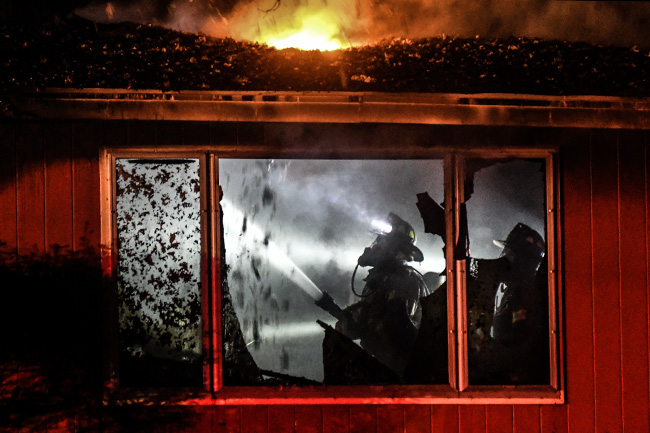 Oxford firemen work at a house fire on Thomas Street in Oxford, Miss. on Monday, February 26, 2018.

An 84-year-old man was killed in a fire early this morning just after midnight.

According to Lafayette County Coroner Rocky Kennedy, Rabon Gullick, died at the scene after firefighters removed him from the home.

Oxford Fire Department arrived at Gullick’s home at 320 Thomas St. at about 12:33 this morning.

According t0 OFD Deputy Fire Chief Joey Gardner, around 15 firefighters from both Oxford and Lafayette County fire departments were at the scene until around 4:30 this morning.

“We got the call around 12:30 that there were two people inside,” Gardner said. “We got here, and there was only one person inside. That’s all I know right now.”

Fire investigators are still on scene this morning to determine the cause of the fire. However, Gardner confirmed it was a total loss.