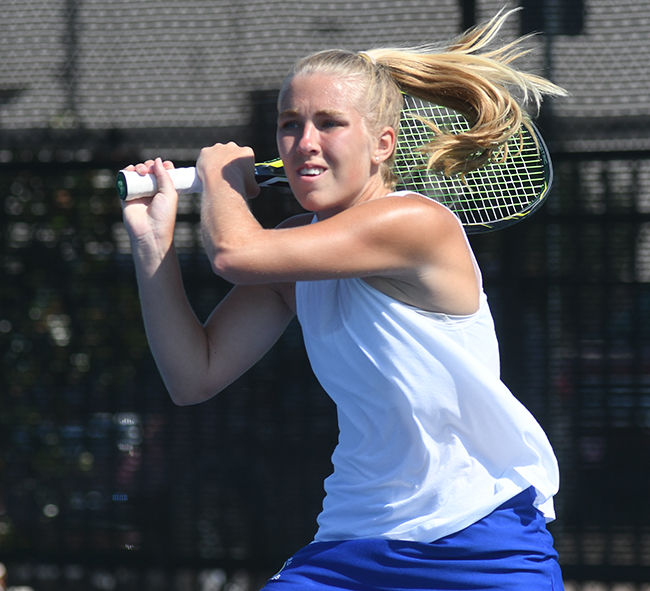 It’s a brave new world, yet it still looks the same to Louis Nash.

The head coach of the Oxford tennis team looks as relaxed as anyone, sitting on a bench in the back of the John Leslie tennis courts complex. Yet he’s about to begin his first season in Class 6A and his quest for an astounding 11th straight state championship.

The calmness is because his team has played all the 6A giants in seasons past, and fared well against them.

“Out of the 10 years we’ve won 5A we would’ve won 6(A) six or seven (times) and been in the fight the other three,” Nash said. “If we don’t win 6A it won’t be because we’re in 6A. It’ll be maybe we’re just not quite as good as we have been or somebody else is just a little bit better than you.”

That confidence is always with Nash. He knows how good his teams have been the past 10 years and knows what he’s got this season. He also knows there might need to be a little more fight given once the postseason comes around.

Oxford begins their season on Thursday with a match against Grenada but then head to Ridgeland for matches on Friday and Saturday against Madison Central, Northwest Rankin and Jackson Prep.

The two former he could see again come last April with a berth to the 6A state championship on the line.

If Oxford is going to find themselves back in the title chase they will have to rely heavily on the play of two of Nash’s more experienced players. Bo Nash and Grace Anne Jones.

Both seniors and full of championship experience but Jones will have to be clutch on the girls’ team, which lacks the depth it once had.

“We’ve lost 12 (players) who’ve played a lot over the last two years,” Nash said. “We’ve got some good young ones coming. They’re not inexperienced tennis-wise. They’re just inexperienced varsity-wise. It takes them a little bit to figure things out.”

The boys are a little more stocked when it comes to depth with Nash, Ryan Mounce and Eli Abel returning. The loss of Max Mauney to graduation is a tough loss to the Chargers but the transferring of Gordon Whitwell to South Carolina is one that could hurt Nash the most.

“We probably got the best boy and girl in the state or certainly two of the top players,” Nash said. “(Nash and Jones) are going to have to win matches. That’s just the way it is. We’re going to have to find two more points somewhere else. Ryan has won state championships and he’s a high-level doubles player.”

The Chargers new home is Region 2-6A and will compete against Tupelo and South Panola. Columbus does not field a tennis team.

Oxford’s run through the postseason has been one with little to zero drama involved. Even at the state championship they have claimed a title before lunch time. This year at the top of the Mississippi high school tennis food chain, they may have to sing for their supper a little louder.

“The big difference will be in the playoffs. I think every round will be competitive,” Nash said. “As opposed to maybe north final and final being competitive. …We barely beat a lot of folks last year. We barely lost to a couple, too. I think the days are over with us winning a lot of matches by heavy scores.”