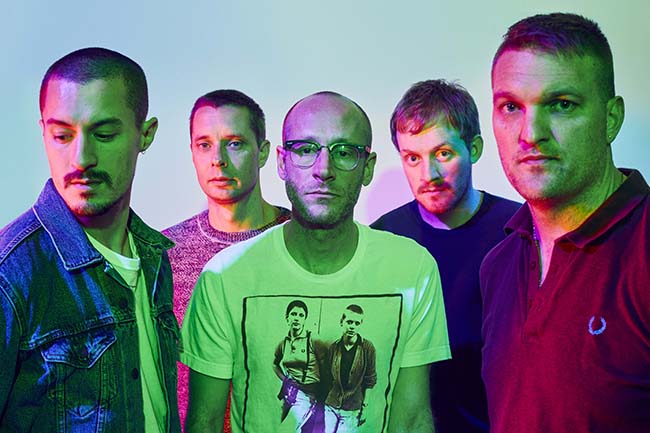 This year’s Double Decker Arts Festival will bring more than $156,000 worth of live entertainment to Oxford for the two-day event.

Last week, the Oxford Tourism Council approved several contracts for the bands and musicians set to perform during the festival on the Ole Miss Student Activities Association stage.

The stage received its name due to the association paying for this year’s Double Decker headliner, Cold War Kids, which cost $65,000, to bring to Oxford.

In the fall, representatives from the SAA approached Double Decker coordinator Lee Ann Stubbs and offered to pay for the headlining act instead of the annual spring concert, generally held in Grove on the University of Mississippi campus.

Last year, the SAA had to cancel the Atlanta rapper Gucci Mane’s performance due to weather, which was a costly decision for the university.

“This year, we are extremely excited to collaborate with the Double Decker Arts Festival as the stage and headliner music sponsor,” said SAA Executive Director Brady Ruffin said earlier this month at Double Decker press conference at Visit Oxford. “With this opportunity, we are showcasing our strong connection with Oxford and Visit Oxford, as well as our strong commitment to providing quality entertainment to all Ole Miss students.”

Taking its name from the town’s authentic double-decker bus imported from England in 1994, this year’s festival will be held April 27 and 28 on the Square.

This year’s Friday night concert will again take place in conjunction with Thacker Mountain Radio Hour and will be free and open to the public. This will be the sixth year for the partnership between Thacker and the festival.

Most of the expenses related to entertainment during the Friday night show are paid by through Thacker Mountain Radio Hour; however, Visit Oxford contributes $5,000 for the bands.

This year’s food court will feature a sampling of culinary treats from 29 local restaurateurs who will offer unique menu items that are special to the Double Decker Arts Festival.

Saturday activities will kick off with the Oxford-Lafayette County Chamber of Commerce’s Double Decker Spring Run, which consists of a 5k and a 10k race/walk that begins at 7:30 a.m.. Winding through the University of Mississippi campus and nearby Oxford neighborhoods, the two courses are fun for both beginner joggers as well as experienced athletes. There is also a Kid’s Run at 9 a.m.

“The spring run is a great, healthy way to start out a weekend that is such a premiere weekend in our community,” said Pam Swain, senior vice president of the Oxford-Lafayette Chamber of Commerce. “We have such a large, diverse group of people that participate in the run every year, and we really want to see our locals come out and be a part of this longtime tradition for Double Decker.”

Registration is now open for the races, which will begin at 7:30 a.m. on North Lamar Boulevard across at the Oxford YMCA.

Organizers expect the registrations to top 1700 runners this year.

For more information on the spring run, call 662-234-4651 or visit the website doubledeckerspringrun.com to register.