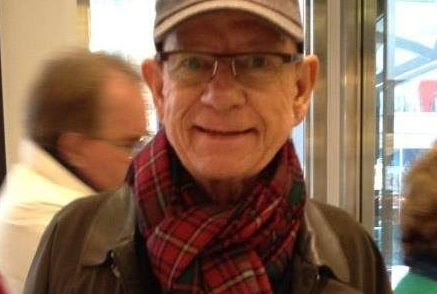 Oxford native Mike Overstreet has worn many hats over the years as a farmer, accountant and real estate investor.

However, it’s the smile he wore every day that many will miss seeing the most.

“Mike was very invested with the Oxford community,” Patterson said this morning. “He was very involved in his church, Christ Presbyterian, and a supporter of many community activities and charities.”

Born in Oxford, Overstreet served as an accountant for Goodyear and American Greeting Cards. He farmed cotton, soybeans and rice in Arkansas before moving back to Oxford in 1994.

The son of the late Edgar Harold and Katie Mae Wallace Overstreet, he owned several properties around Oxford including the Oxford North Square shopping plaza where Uptown Coffee, the Growler and several other businesses are located.

He married his wife, Helen, in 1996 after meeting her Christ Presbyterian. An avid traveler, he visited all seven continents in 17 years.

Overstreet served on numerous boards, including the Mississippi Nursing Home Association and the Courthouse Square Historic Preservation Commission for the past 10 years.

“Mike and his extended family have been part of Oxford’s original fabric for many years and always championed its best interests at every turn,” said Andy Phillips, chairman of the Courthouse Square Historic Preservation Commission. “Mike, who often had a smile, worked tirelessly to balance the interests of property owners and the demands of our city’s ordinances and guidelines. His thoughtfulness and pragmatism will be missed by the CSHPC and those it serves. Personally, I’ll simply miss seeing and visiting with Mike around the Square at least once a month and reminiscing about an Oxford long ago.”

Tom Howorth, a local architect and fellow Oxford native, said Overstreet was not only a client but a friend.

“When I saw him at the last CSHPC meeting, he told me he was going to New York and had tickets for Hamilton,” Howorth said. “He loved life and always had something fun in the works.”

The funeral service for Overstreet will be held at 2 p.m. Saturday at Christ Presbyterian Church, Burial will follow in Oxford Memorial Cemetery. The visitation will be held 11:30 a.m. until 1:15 p.m. in West Hall at Waller Funeral Home.