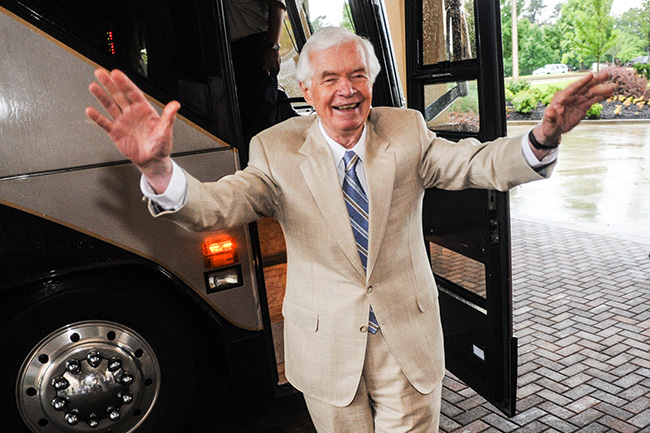 “I regret my health has become an ongoing challenge.  I intend to fulfill my responsibilities and commitments to the people of Mississippi and the Senate through the completion of the 2018 appropriations cycle, after which I will formally retire from the U.S. Senate,” Cochran said in a press release Monday afternoon.

“It has been a great honor to serve the people of Mississippi and our country.  I’ve done my best to make decisions in the best interests of our nation, and my beloved state.  My top concern has always been my constituents in Mississippi.  My hope is by making this announcement now, a smooth transition can be ensured so their voice will continue to be heard in Washington, D.C.  My efforts, and those of my staff, to assist them will continue and transfer to my successor.”

Cochran was first elected to the Senate in 1978, becoming the first Republican in more than 100 years to win a statewide election in Mississippi.  He is the tenth-longest serving Senator in U.S. history.  Cochran previously served three terms in the House of Representatives.