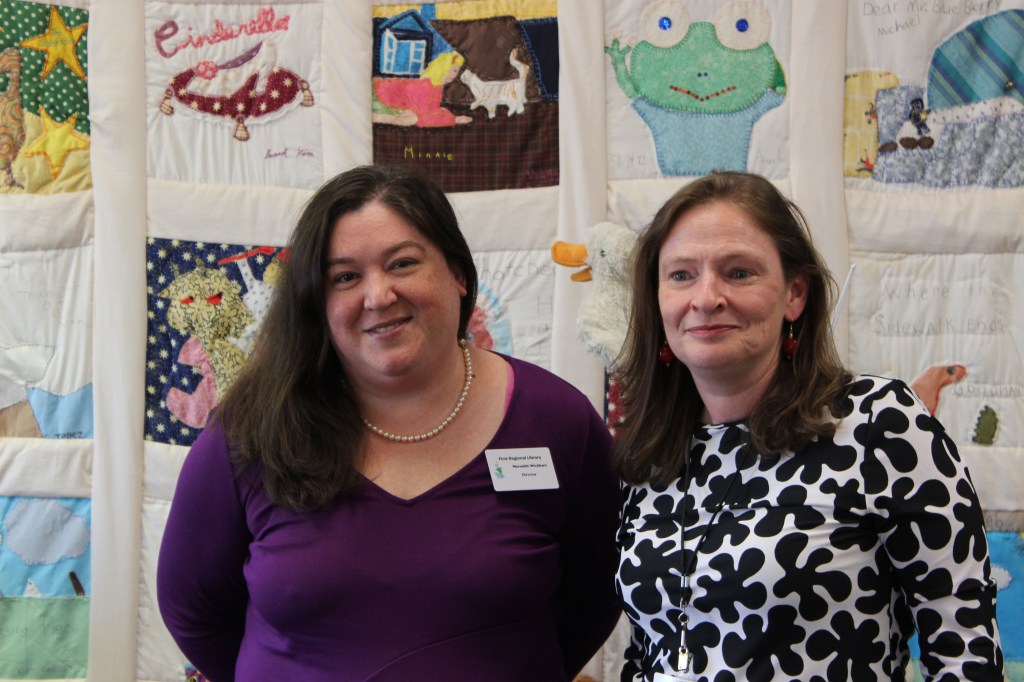 Citizens gathered on Tuesday at the Lafayette County & Oxford Public Library to have lunch with the new First Regional Library Director, Meredith Wickham.

Mayor Robyn Tannehill was also present to introduce the director and talk about issues in the community.

“The event was a perfect example of the kind of community engagement that the public library offers,” Tannehill said. “The library is a great gathering place.”

Wickham’s career started as a circulation assistant in the Oconee County Public Library in Salem, South Carolina in 2011. She then became the branch manager from 2012 to 2013.

After her husband received a job at Mississippi State University, Wickham moved to Starkville and became a young adult librarian in 2013. She later served as the Kemper-Newton Regional Library System Director in Union, Mississippi from 2015 to 2017.

Wickham was hired as the First Regional Library Director on Jan. 22. She is responsible for the daily functions of the 14 libraries in her district and a staff of over 120 librarians.

“I want to see through their eyes how they are interacting in their communities,” Wickham said. “My goal is to improve each library’s services, but that can mean different things for each community. It will mean having conversations with the Oxford library staff and the members of the Oxford community.”

The First Regional Library staff met Wickham during the staff training day on March 2. Wickham is currently traveling to each of the different libraries. She has already visited 13 out of the 14 libraries with plans to visit the final library, Crenshaw Public Library, soon.

“This is only my first month knowing the new director, but I am enthusiastic about working with her,” Laura Beth Walker, Lafayette County & Oxford Public Library Library Branch Director, said.

Tannehill introduced Wickham at the event and spoke about current and upcoming projects for the Oxford community.

Topics discussed in Tannehill’s speech included the O.U.T. bus system, Baptist Memorial Hospital-North Mississippi and parking changes on the Square. The mayor also spoke about plans to include new roundabouts in Oxford, the new activity center and land annexation.

“I believe we are successful because of our relationships,” Tannehill said. “We all share a goal for building our community.”

Other items discussed include the mayor’s two youth programs: Mayor for a Day and the Girl Empowerment Class. These programs help local children learn leadership skills and the value of kindness.

“The mayor is so energetic and efficient,” Carole Landon, an Oxford resident, said. “We are so happy to have her represent us.”

The guests were fed jambalaya prepared by Greg Clark. After the mayor’s speech, citizens asked Tannehill questions about upcoming plans for the city.

“I am delighted that Tannehill is our mayor and pleased that the new library director got to meet and hear the mayor speak,” Jolee Hussey, a representative of the Lafayette County First Regional Library Board, said.