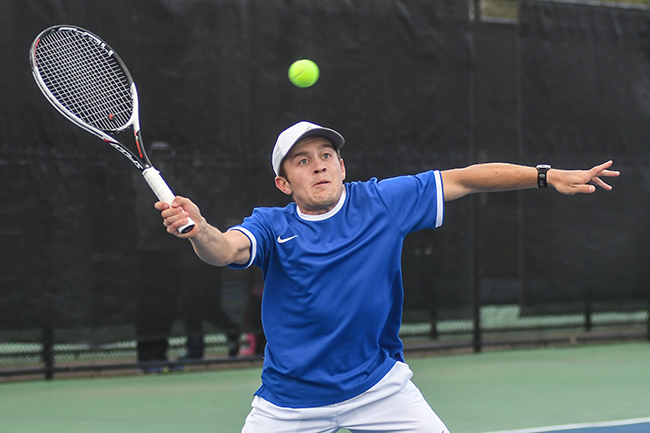 The crosstown rivalry between Lafayette and Oxford took over the tennis courts on Wednesday afternoon. The 10-time state champions flexed their muscle with a 6-1 win over the rival Commodores at the John Leslie Tennis Courts.

“Nice match on a cold, unpleasant day,” Oxford coach Louis Nash said. “Did some good things on a lot of courts. The kids are making progress and that’s all a coach can ask.”

Oxford (6-0) continued it’s dominance in boys’ doubles as the teams of Ryan Mounce and Eli Abel and Dawning Koestler and Edward Hu each won their matches in straight sets (6-0, 6-0).

“We competed today against a great Oxford team,” Lafayette coach Debbie Swindoll said. “We are improving and looking to make a run in (Class) 5A this year.”

Oxford travels to the Sunshine State this weekend with a pair of matches in Pensacola, Florida while Lafayette takes an extended Spring Break. They will host West Point on March 19 to open region play.