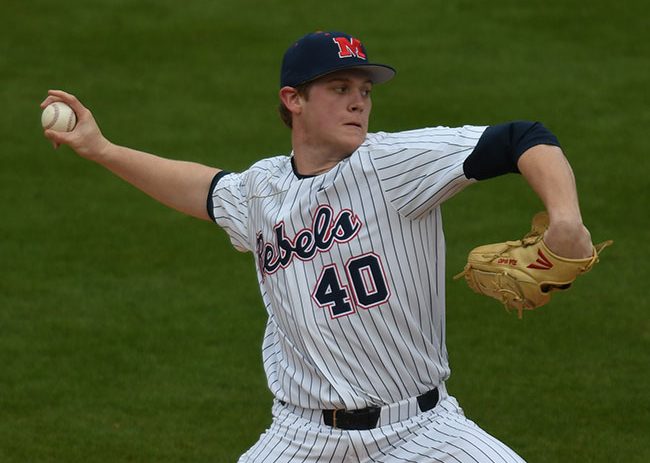 The Rebels rallied in the middle innings before thwarting a late threat from Georgia State for a 5-3 road win Tuesday. No. 8 Ole Miss will carry an eight-game winning streak into a rematch with the Panthers on Wednesday at 2 p.m.

Ole Miss (16-1) had a three-run cushion heading into the bottom of the ninth before Georgia State’s first three batters reached against Parker Caracci, who was relieved by Dallas Woolfolk after Brandon Bell’s RBI single got the Panthers closer. A walk and an infield single loaded the bases for Georgia State, but Woolfolk induced a fielder’s choice and a game-ending double play to notch his sixth save.

Bell hit a two-run homer off sophomore Houston Roth (2-0) in the second inning, but Roth settled in to get the win. Making his fourth straight midweek start, the right-hander blanked Georgia State (11-5) over the next four frames, scattering seven hits, walking one and striking out seven.

Sophomore Will Ethridge came on for Roth in the sixth and struck out four in two hitless innings of relief. Jake Corso had a pair of doubles for Georgia State, which was limited to just three hits over the final four innings.

Ole Miss struck against Georgia State’s Bryan White (0-2) in the fourth with a solo home run from Nick Fortes and an RBI double from Will Golsan. Grae Kessinger put the Rebels ahead for good in the fifth with an RBI double after Tim Elko reached on an error and drove in a run with a single in the seventh.

Kessinger and Thomas Dillard, who had an RBI double in the sixth, accounted for four of Ole Miss’ seven hits. Five of them went for extra bases.