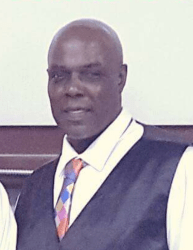 An Oxford man was killed Tuesday night after his vehicle was struck from behind while traveling on Highway 6 West in Panola County.

According to the Mississippi Highway Patrol, at about 9 p.m. Tom D. “Slick” Harris, 41, was driving on Highway 6 West near Highway 315 when his 1998 Jeep was hit on the rear passenger side by a 2012 Dodge driven by Aundrae Horton, 34, of Water Valley.

Harris was pronounced dead at the scene. Horton was flown via medical helicopter to the Regional One Medical Center in Memphis.

Harris was a singer in the popular R&B band, Oxford All Stars.